In Server Hosting — Rent vs. Buy? I solicited opinions on whether it made more sense to continue renting our Stack Overflow servers, or to buy them. Thanks for everyone’s feedback on that!

Now the die is cast — check out these sexy glamour shots of the two (soon to be three) new Stack Overflow servers: 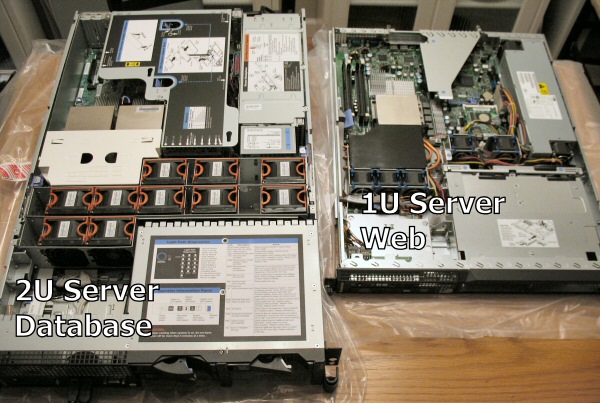 Feast your eyes on that hot, sweet server hardware!

We plan to have three servers for now, but we did secure a half rack at our hosting provider for future expansion, as necessary. Here’s what we’ll be shipping to them initially:

The 1U web tier servers are modest: 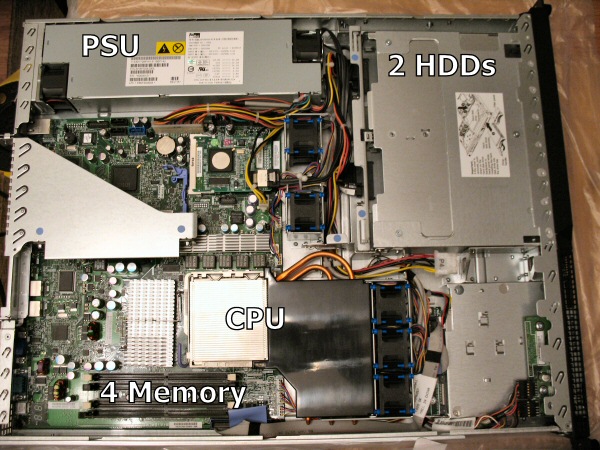 The 2U database tier server is considerably beefier: 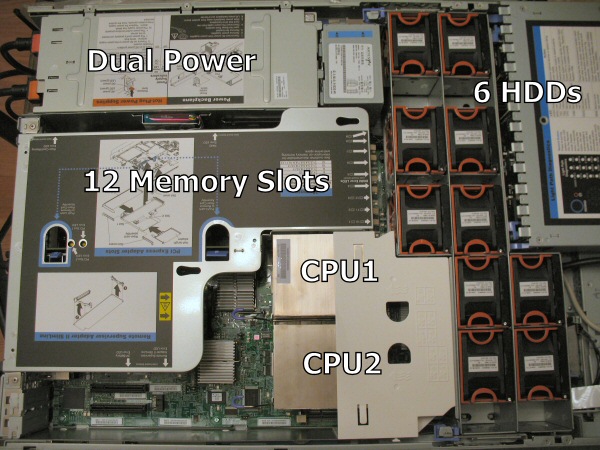 I can sell the low-end Xeons and dinky amounts of (incorrectly sized) memory that I pulled out and replaced in every server, to defray the costs a tiny bit.

(I am taking to heart the comment advice I got in my previous blog entry; we’ll be shipping multiple spare hard drives down to the hosting provider, and I added that second 1U server just as a backup in case anything weird happens. We technically didn’t need two web tier servers, yet.)

Sure, $6,000 sounds like a lot. But if you take a typical $800 per month hosting bill for renting dedicated servers this powerful, and then cut it in half because you’re no longer paying every month for servers — we save $4,800 per year, every single year! This one-time investment in server hardware pays for itself in a year and a half.

Compared to our current two identical dedicated servers, which aren’t exactly chopped liver, this gives us:

What this means to you is a faster Stack Overflow! As far as I’m concerned performance is a core feature; we can never be fast enough, and I’m constantly on the lookout for ways to make pages load faster.

Having these new servers in place (hopefully sometime in early-ish February) also enables us to expand, which I’ll be blogging about in more detail tomorrow.

Improving performance and server hardware are important skills for any company. If you have them, you check out our postings for network engineering jobs.