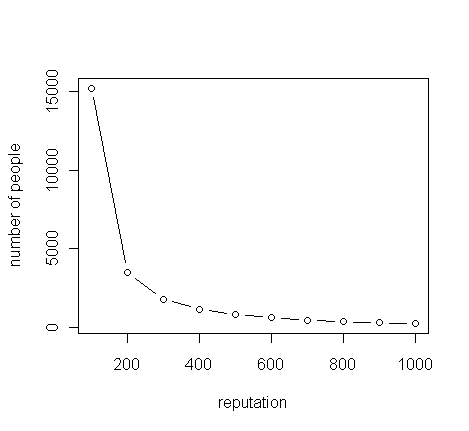 The reputation scores follow the expected power law distribution. No surprise there, of course. John explains:

The test for whether the reputation scores follow a power law is to plot the logarithms of the number of people with each score and look for a straight line. And after an initial steep drop off, the logs of the counts do fall roughly on a straight line.

This is all based on public information from Stack Overflow user profiles. Based on a request by John which was seconded by Bill the Lizard, I elected to provide anonymized Stack Overflow voting data for further analysis. The preliminary results of that analysis just went up. 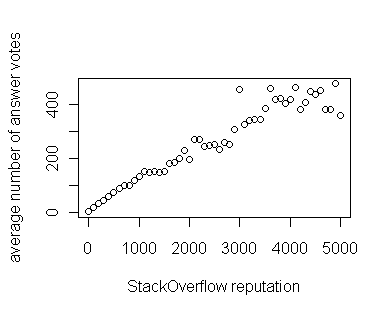 You could view reputation as a measure of how invested someone is in the site, not just a measure of their perceived competence.

We’ve said all along that reputation was not in any way a measurement of skill — per the faq, it is a (very) rough measurement of how much the Stack Overflow community trusts you. Good to see that corroborated with actual data.

John has promised even more analysis of this data as time permits, so keep an eye on his excellent blog for more!