We really like the guys at woot!, and not just because they’re paying us to say that as a launch sponsor of Server Fault.

The woot team consists of developers and sysadmins like us, who happen to deal with some hard-core scaling problems. Such as scripters who slam their site hundreds of times a second. Ouch!

They also have a clever crap-selling website that we’ve referred to more than once for UI ideas about data presentation. It is in that spirit that woot! approached us with a clever new concept for a badge:

Enthusiast — visited the site each day for 30 days.

For the period of sponsorship, we’ve renamed this the woot! badge. (It’ll revert to Enthusiast once that period is over.) It’s now functional, as 30 days has elapsed since the Server Fault launch. So you can now identify all the addictsenthusiasts who visited either site for 30 days in a row. 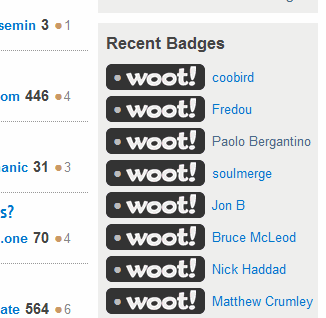 What I like about this badge is that it measures a dimension of engagement that we haven’t before. For a significant proportion of the users who earned this badge, it is their very first silver badge. It’s OK to reward persistence and enthusiasm! (But we don’t reward it forever; you can only earn this badge once.)

In fact, we liked the results from the Enthusiast badge so much we added another level: Fanatic.

And remember, this is a continuous award: if you don’t visit the site for a single day, that will “break” your streak, and you’ll have to start over. 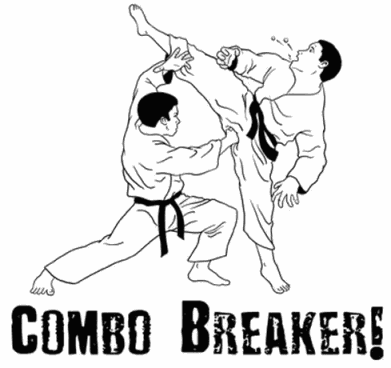