On Friday, the server which hosts this blog suffered catastrophic data loss. Fortunately, the blog server is at a different datacenter entirely than PEAK, which hosts all the Trilogy sites.

It’s a long story, and I’ll document it in more detail elsewhere, but the short version is this:

Anyway, we were able to piece together a backup from different sources, and I took this opportunity to move the blog from WordPress on Windows (which has been incredibly quirky) to WordPress on Linux.

You may be wondering how this incident relates to our Stack Overflow disaster recovery plan. 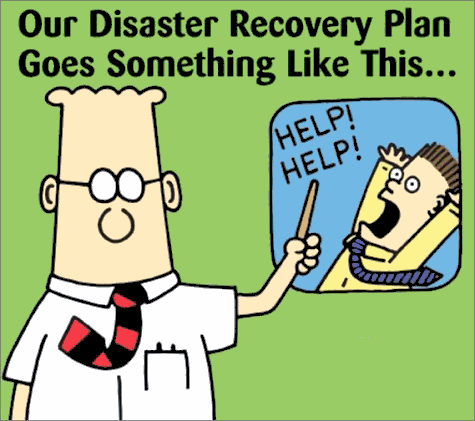 Mostly, it doesn’t. I just never viewed the blog as part of our core mission (though I probably should have) and subsequently didn’t give it the attention it deserved. We’ve since moved the blog to an actual PEAK “family” server in our rack, so it’ll get folded in with our standard backup process.

So what is our standard backup process?

This was originally documented in a private email, but I believe in maximizing the value of my keystrokes, so I made it public. We try to be transparent in everything we do; hopefully this eases any lingering concerns over the blog outage.