There’s been no shortage of proposals for new badges since we first announced the badge system in August 2008. And we have implemented quite a few new ones since then, many of them based on community feedback:

(Yes, more are planned.. I have one in mind that should go in before the new year as a little present to everyone.)

One of the newest badges, Legendary — awarded for hitting the reputation cap on 150 days — even got an amusing shout-out from Rands in his latest blog entry:

Most achievements do have an empirical value, but that’s not what makes them important. The point of an achievement is to have someone you know or don’t know look at your Violet Proto-Drake and say, “Holy crap, do you know what he had to do to pull that off?” It’s wondering exactly how far you’ll go to get the Legendary badge on Stack Overflow.

I should mention that Rands was a guest on the Stack Overflow podcast a while back, as well.

Badges exist to reward and encourage the kind of positive behavior we want in our community. But not everyone seems to understand that. It’s tempting to suggest “funny” badges which reward behaviors that, if you really sat down and thought it through, are actually negative.

So rather than explaining, for the umpteenth bazillion time, why that would be a bad idea, I’m just going to forward them to this brilliant Scott Meyer cartoon from now on. 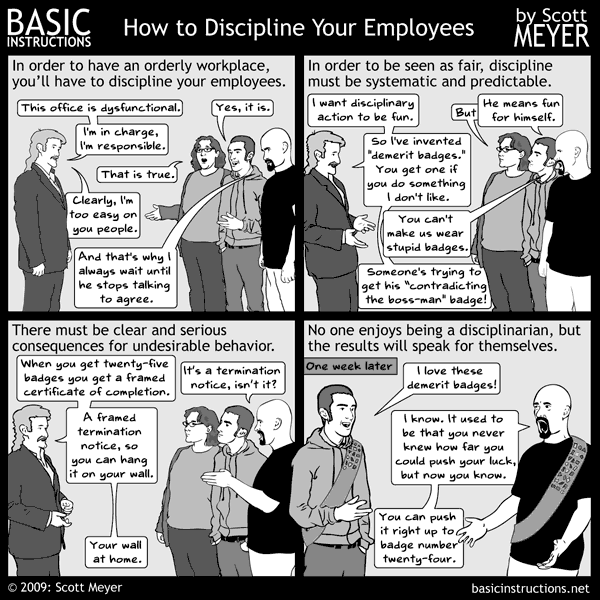 And that, my friends, is why you should be extraordinarily careful if you’re thinking of introducing a troll cap “award”.