Depending on what time zone you live in, it may be April 1st, aka April Fools’ Day!

April Fools’ Day or All Fools’ Day is a holiday celebrated in various countries on April 1. The day is marked by the commission of hoaxes and other practical jokes of varying sophistication on friends, family members, enemies, and neighbors, or sending them on a fool’s errand, the aim of which is to embarrass the gullible.

Do you remember last year’s April Fools’ joke? That one added a cornify button to every post.

This year’s April Fools’ comes to us courtesy of Stack Overflow user Benjamin Dumke aka balpha, who created the Unicornify! service in late January — an act he kindly documented for us in My God, It’s Full of Unicorns! on meta. I’m sure we weren’t the first to think this would make an excellent April Fools’ joke, but it was so perfect we had to run with it. 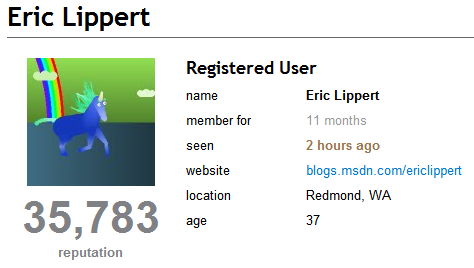 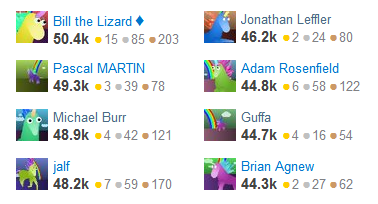 We contacted Benjamin, who worked with us to make the one-day transition from Gravatar to Unicornify smooth — primarily by pre-rendering avatars for all the MD5 hashes for users in the data dump. Unicornify is hosted on Google App Engine, so we took over billing duties for the period of the switch.

He’s created so much cool stuff, in fact, the meta community took it upon themselves to remove him from the LEAGUE OF AWESOME because he had become … too awesome:

It has come to the attention of the AWESOME committee that you have recently exceeded your awesome quotient. Normally this letter would simply serve as a warning and reminder as to your obligations in the LEAGUE OF AWESOME with regards to your display of AWESOME, however your recent display(s) of AWESOME have exceeded the limit beyond all normal care and due reason.

It is with heavy hearts that we are forced to take the following, regrettable, drastic action:

Mr. Balpha, on this day, March 31st, 2010, and henceforth, your membership in THE LEAGUE OF AWESOME is terminated, including all benefits, responsibilities, and services as described in your recently violated contract. You are hereby stricken from all records and are required to turn in your membership license or proof of its destruction. Also any and all other artifacts, including the LOA belt buckle, is to be returned immediately.

What, you never heard of the LEAGUE OF AWESOME? Well, maybe you’re just not AWESOME enough. How does one go about gaining membership in this exclusive club? per founding member Adam Davis:

So here’s to Benjamin, for not just coming up with an amazing April Fools’ joke for us, but in real “duct tape programmer” style, writing the code and practically handing it to us as a fait accompli.