When people ask me what mistakes we made in building Stack Overflow, near the top of the list is not acknowledging the need for a meta-discussion site earlier. That is, a place for people to discuss Stack Overflow itself.

I resisted this for the longest time, relegating meta topics to UserVoice, because I didn’t see much value in meta-discussion. But then I finally bowed to community pressure and created meta.stackoverflow.com a little less than a year ago.

Owning our own meta, rather than outsourcing it, has been hugely productive in evolving the engine and the trilogy sites forward. The community was right, and I was so very, very wrong.

So it’s clear with Stack Exchange 2.0 that every new site will have a child meta — on day one of the private beta. If we were to launch, say, unicornoverflow.com, it’d have these two top level domains immediately:

These sites will have a shared reputation system, so you “inherit” your reputation entirely from the parent site — while you can vote as expected on meta, no reputation accrues from there. And of course there will be shared, automatic login; this is easy when you have a login cookie at the parent domain. 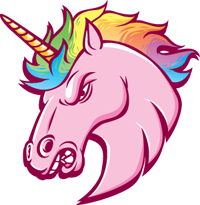 After discussing this with quite a few folks, I am wondering if we might need another site. The proverbial third place:

The third place is a term used in the concept of community building to refer to social surroundings separate from the two usual social environments of home and the workplace. In his influential book The Great Good Place, Ray Oldenburg argues that third places are important for civil society, democracy, civic engagement, and establishing feelings of a sense of place.

I tend to think that meta is the work part, while Stack Overflow, Super User, and Server Fault are the home. But where is the other place, the third place that isn’t work or home?

We noticed early on that some Stack Overflow users were using IRC to socialize and coordinate their efforts on the site in real time. Per their request, we even set up a special RSS feed just for these folks, so that new questions would be visible there as they were asked.

Similarly, we’re using the 37signals Campfire app to coordinate our own work in real time between the NYC team and the distributed core team. I’ve been rather impressed with it; Campfire is an awful lot like a web 2.0 version of IRC. Try it yourself and see. It’s great!

Which makes me wonder — should we add a Campfire-like “third place” for real time socialization and coordination of work?

I’m not sure “chat” is the right word here, necessarily, but it’s all I have at the moment. Why might we need this?

Most needed are those ‘third places’ which lend a public balance to the increased privatization of home life. Third places are nothing more than informal public gathering places. The phrase ‘third places’ derives from considering our homes to be the ‘first’ places in our lives, and our work places the ‘second.’

Like meta, you can ignore this aspect of the site entirely. It’s a separate area, so there’s no noise, and you never have to see it unless you want to.

But I think a web-based real time chat system like Campfire could offer that informal public gathering third place — a space for people who love the topic to meet, discuss, and collaborate in a different way. It would foster community, and be complementary to both strict Q&A;, and meta-discussion.