About a month ago I mentioned we were sponsoring the Computer History Museum by buying a ‘terabyte’ brick. The sponsors wall is part of the museum renovation, scheduled to be complete in October.

The more professional approach to showing some of the museum’s 100,000 artifacts and hundreds of hours of video footage — most of which are currently socked away in storage — is a preview of techniques Hollar and his curatorial staff will use in an overhaul of the entire museum scheduled to open in October 2010. The renovation will double the museum’s exhibit space to 25,000 square feet and aim to help visitors construct a story line around the collection, says Hollar.

I assume the sponsors wall will go up around the same time, and if you can make it to the museum (and by God, you should eventually, because it’s amazing), the sponsors wall is located here, near the entrance: 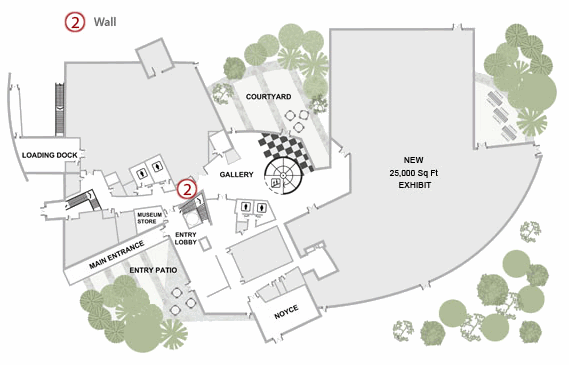 We weren’t sure what we wanted the brick to say, so in true Stack Overflow spirit, we put the question to the community. We set up a meta question to gather the best ideas of what text to put on our brick. Well 107 answers (!) later, Joel and I finally reached a consensus on the one we thought best represented Stack Overflow. 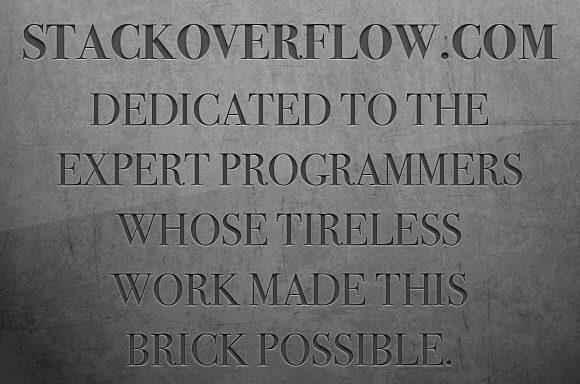 (this is just a quick visual mockup provided by our amazingly talented designer, Jin Yang; the real brick may look somewhat different. I’ll be sure to update this post with a picture of the real thing later this year.)

There were many great suggestions. Thanks to everyone who contributed. Joel and I felt this particular one* captured the tone perfectly — that Stack Overflow is what it is (or isn’t) because of the tiny bits of time contributed by hundreds of thousands of expert programmers from all over the world. Programmers just like you.

So when we say “who made this brick possible”, we mean that the history of computers is very much the history of programmers, too. It’s an honor to be a part of it with you all.