It’s time once again to support your favorite open source project through our Free Vote-Based Advertising for Open Source Projects. We are clearing the leader boards to start the second half of 2010 anew.

Congratulations to the top-voted projects from the first half of 2010: 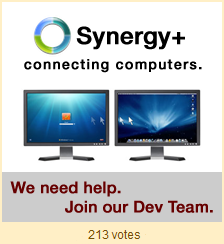 In the last round, the top-voted ads received over a 1/4-million impressions each. Not a bad deal for a grass roots, community-created advertising give-away.

Each advertising period runs for about six months. To start off the second half of 2010, we have reset the voting and cleared the ads board. Now you have another chance to create a Free Vote-Based Advertisement for an Open Source Project.

Here’s how it works:

Then, visit the ad summary page, and mouse-over the ‘view stats’ link to see how each ad is doing.

So, let’s flex those Photoshop GIMP muscles and create an ad for your favorite, open source project to bring them some much-needed publicity!

And don’t forget to come back often and vote for the newest entries.