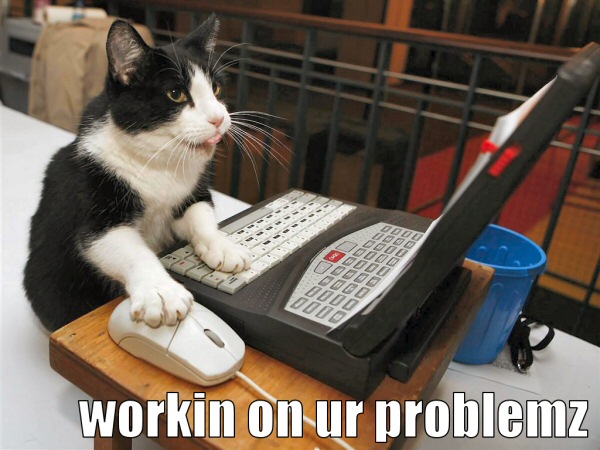 … let me apologize on behalf of our team.

I originally found this image in some random image search and added the lolcat caption myself. I’ve often wondered where this image came from, and what sort of computer the cat in it is “using”, but I thought sourcing the image would be impossible.

But nothing is impossible for our talented community of users — they totally nailed this one! Let’s start with Andrew Grimm who was curious enough to finally ask on meta: What kind of computer is being used in “Workin on ur problemz”?

Gnoupi identified the computer as a “V-Tech Talking Whiz Kid Mouse PRO Deluxe”. It’s a now-obsolete toy computer for children; even the newer models of this series from VTech are no longer sold. The only pictures available are from eBay auctions. 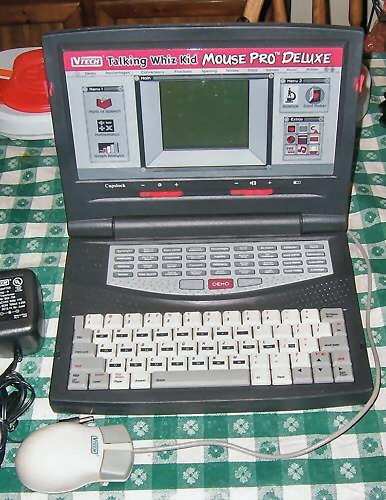 Kyle Cronin sourced the photo and the cat, Zoe, from a Reuters Oddly Enough blog entry:

Zoe, a domestic shorthair cat, touches the mouse of a computer during a media preview for The Cat Fanciers’ Association’s championship in New York October 10, 2007. 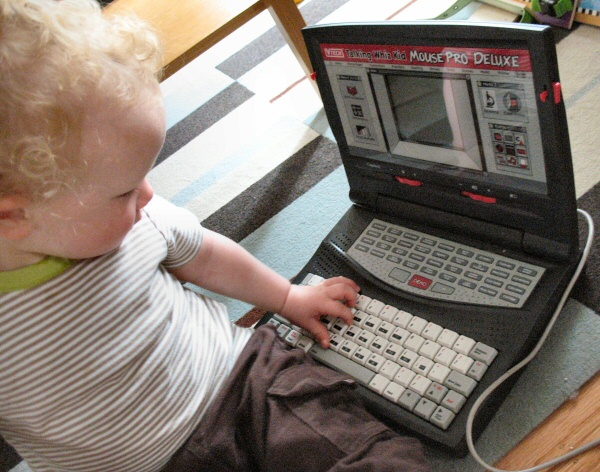 so now my son Henry (aka Rock Hard Awesome) can be WORKIN ON UR PROBLEMZ, too!

(A special thanks to Gnoupi, Kyle Cronin, and Andrew Grimm. You guys are awesome. Also, who knows where this laptop might end up next? The possibilities are truly endless!) 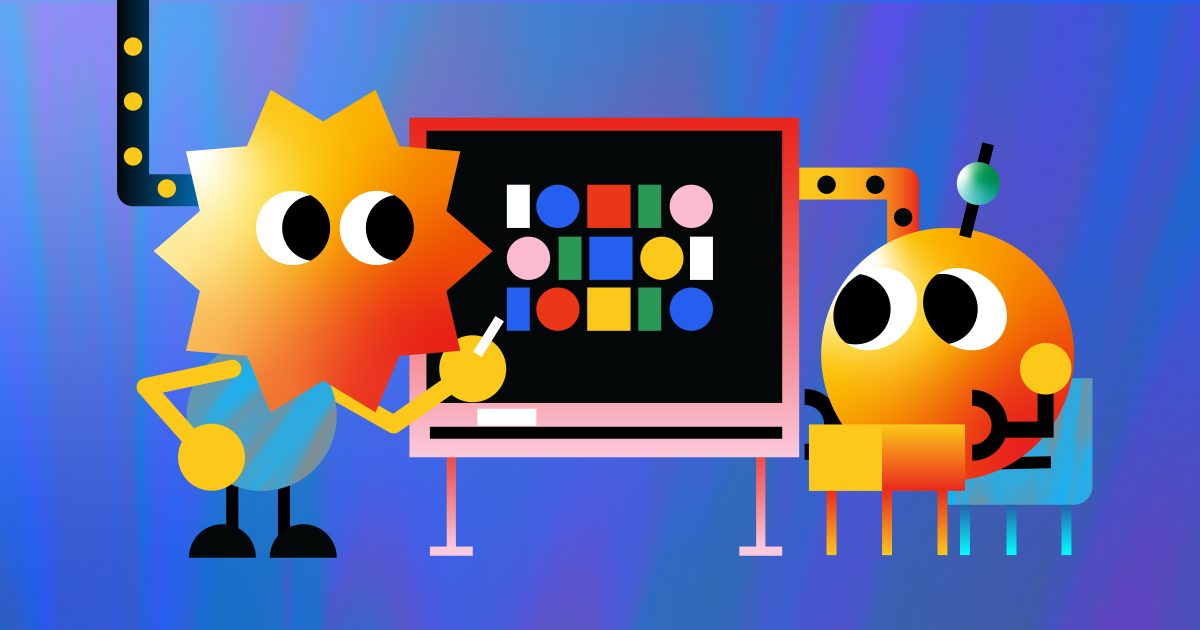