Update: we ultimately put this to a vote on each community.

You may have noticed that two similar Area 51 site proposals have reached commitment and launched betas:

You might well ask: aren’t these the very same thing? Why have two communities on the same topic? What, then, is the difference between unix and ubuntu? The answer to this question cuts to the very heart of what community is.

I sometimes wonder what Stack Exchange would look like in an alternate universe; one where we, as Evil Stack Overflow Inc., bypassed the community-process of Area 51 and came up with our own site ideas; a series of logical subjects, neatly organized into their own Q&A sites. 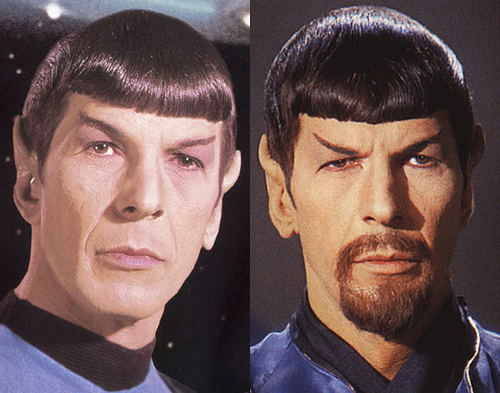 As Evil Stack Overflow, Inc, would the process be faster and more efficient? Would the network be better organized with less overlap? That’s how I originally envisioned Stack Exchange; we would come up with ideas for sites, find the top experts in the field, and publicize them with our networking savvy and irresistible charm.

Ubuntu: One for the Community

My evil counterpart (the one in that alternate universe) would have never have even considered creating a site for Ubuntu, separate from the larger scope of a Unix & Linux site. They are essentially the same technology. Surely it is better — or so my evil counterpart would have thought — to combine the resources of Ubuntu and Linux users into a larger site, organized with tags, and everybody would win. And that would have been disastrous.

The speed of Ubuntu’s progress should have been my first clue. Despite being proposed nearly two weeks after the Linux site, Ubuntu raced past Linux, reaching full commitment in a nearly-record-breaking 38 days.

I thought, “Surely there is something going horribly wrong with the process.”  Perhaps the Ubuntu users simply did not see the Linux proposal. Or maybe they didn’t understand how well the larger community would scale or how well tagging worked. I had written the blog post “Trust the Community” barely a month before, but still I had my doubts that Area 51 was working in this case. The proposal process is still lacking somewhat in meta communications, especially between proposals. Maybe that was it.

When it was clear that both the Unix and Ubuntu proposals were both moving forward, we decided to step outside the typical Area 51 process and email (at random) a few dozen Ubuntu supporters asking why they committed to the Ubuntu proposal and not the Linux proposal:

We are about to launch the Area 51 proposal for “Ubuntu”:
area51.stackexchange.com/proposals/7716/ubuntu.

But before we launch it, there has been a bit of discussion about whether members would be interested in merging it into a more generic Unix/Linux site. We are looking at whether more needs to be done to make sure the community is getting what they want or is the Ubuntu proposal ready to go as-is.

I had my doubts.  I was expecting a response demonstrating a widespread lack of awareness that a combined Ubuntu-Linux site would result in a larger, more successful community working together. Either that or an apathetic “I don’t care, merge them” response.  I got neither.

What I got was a persuasive and weighty series of arguments describing why the Ubuntu community had to be separate from the Linux site. The respondents were not worried about the technical topics they had in common. They were more concerned that the audiences would use the site differently. The Ubuntu users stated unequivocally that a Linux site held no value for them and they would not use it. Not all of them, but a significant portion responded with this assessment:

Ubuntu is an end-user operating system used by everyday people who are not typically interested in hacking around a kernel, nor configuring a large collection of tools, projects and packages, nor citing documentation references and command line arguments. The Linux proposal, in comparison, explicitly targets “advanced users,” in which I have no interest.

In short, we need our own space. Thank you.

Where The Ubuntu-Linux Difference Matters

Agree or not with the technical assessment, we faced one incontrovertible fact: A site is not much good to a group of users if they will not show up. We could argue semantics and technology all day – Ubuntu is still Linux; a Harley is still a motorcycle; vegetarians cook the same way as everyone else; graduate-level mathematicians use the same numbers as the rest of us.

It was inescapably clear that a site about “Linux” simply held no interest to a very large group of users who identify themselves as “Ubuntu users.” 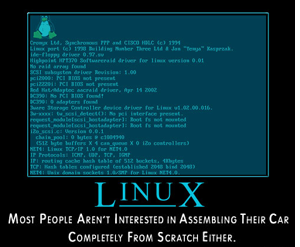 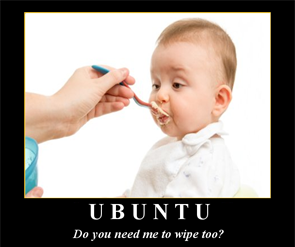 So we now have an Ubuntu site and a Unix & Linux site, both doing well.

I don’t know if there is a general rule to be derived from this case study. I’m still a big fan of the larger sites. I’m wary of encouraging smaller, focused sites when a larger group stands to benefit from their combined resources.  Stackoverflow.com is a testament to how well diverse communities can pool their resources when they have a common goal; in this case, writing better code. Maybe that’s a criteria which binds a community together: do they have common goals? Stack Overflow didn’t split off into a .NET site, a PHP site, a C# site, a Java site, etc… and we’re better off for the experience.

When defining the boundaries of your favorite Q&A; proposal, consider these two watershed examples: Unix and Ubuntu. Maybe there’s a quality that you see in one of those systems that will help you decide what type of community you want to emulate. But don’t ask my evil counterpart; he’s too busy writing a blog post called “Ubuntu Users are Stupid for Not Liking my Mega Unix Site.”