Have you ever wondered what happens when you reach 200,000 reputation? 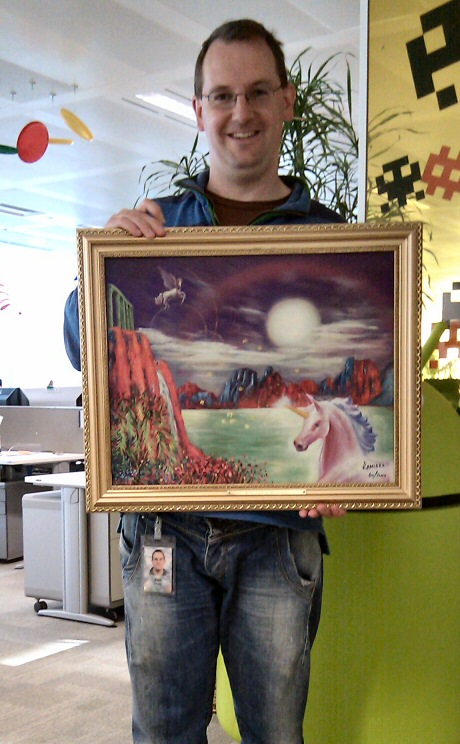 Apparently, what happens is … you get a painting of unicorns, signed by us, dedicated to you. 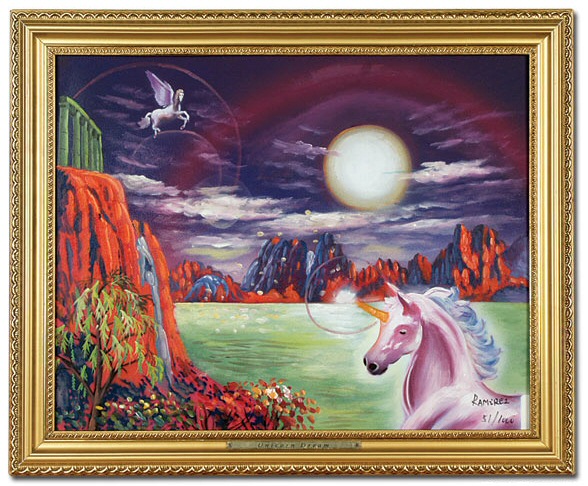 Joel and I actually sat down with Mr. Skeet himself to record Stack Overflow podcast #72 during the London leg of DevDays — in the very Google offices pictured here.

Although we sometimes joke that Stack Overflow was accidentally constructed as the ultimate Jon Skeet honeypot, I’d be remiss if I didn’t mention that Jon has a long history of answering people’s questions not just on Stack Overflow, but all over the internet and usenet. Apparently he enjoys learning alongside his peers and teaching others. Which, at least in my mind, is the whole point of Stack Overflow and the rest of the Stack Exchange network. So if we have somehow managed to build the sort of site that attracts people of Mr. Skeet’s caliber, then we have succeeded far beyond my wildest dreams.

As you might have noticed, he’s become rather expert at it; Jon’s magnum opus on Writing the Perfect Question is well worth your time, and should be shared liberally with anyone seeking advice on how to ask better questions and get better answers, at the following tiny URL:

Now, lest you think Mr. Skeet’s enormous reputation score is unassailable, you might want to check out the Stack Overflow reputation leagues, where something very interesting is happening …

As far as I’m concerned, when we’re learning from each other, everyone wins. So, our kudos to Mr. Skeet — and everyone else who so generously slices off bits of time in their day to ask and answer questions amongst their peers.