Area 51 is filling up with thousands of ideas for new Stack Exchange sites, and a pretty clear pattern has started to worry us: too many ridiculously niche proposals, overlapping proposals, and proposals that are already covered by an existing site.

Do we really need a site for each individual content management system?

The Stack Overflow experience taught us one thing pretty unequivocally: bigger is better. We didn’t make Java Overflow and .NET Overflow and Ruby Overflow, we made one big site for all programmers and told them to use tags and, lo and behold, it worked. Why?

So. We should just make one or two gigantic sites, right? OK, done.

Well, not quite. There were a few counter-examples which worried us.

So, what’s the right size domain for a Stack Exchange site?

Imagine that one day, due to a monumental lapse in judgement, you find yourself thrown into a Turkish prison. You’re an American, you don’t speak a word of Turkish, nothing makes any sense to you, but there’s this Swedish guy there in the prison, so the two of you become instant friends because you’re the only non-Turks in the place, he speaks pretty good English, and you really feel like you have something significant in common.

When you get home, though, you marry your high-school sweetheart, and settle down in the suburbs, and you can barely stand those icky people who send their brats to the filthy Newton South High School instead of Newton North. Hooligans! 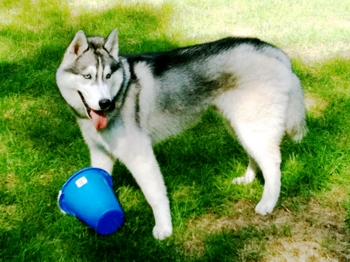 (Jeff wants me to put pictures in my blog posts. This is my dog Taco. Taco has a bucket!)

Communities consist of concentric circles. You share more with people in the inner circle than you do with people in the outer circles, but if you were in a strange place, you’d seek out people even from the larger circles. If you’re building a community (or a Stack Exchange site), it’s not immediately obvious which level is going to work:

We originally thought that this problem would magically sort itself out through the Area 51 process, but lo and behold, we often have several proposals at all levels of the scale:

The democratic process seems to be teetering between wanting to create a site for every instrument vs. bunching all the practicing musicians together. The stakes are high–we don’t want another Unix/Ubuntu incident. So we have to figure out some rules that will help us create sites that are the right size.

One of Clay Shirky’s laws is that people working on social software have a tendency to ignore everything that’s come before and reinvent the wheel, badly, again and again:

Now, when I say these are three things you have to accept, I mean you have to accept them. Because if you don’t accept them upfront, they’ll happen to you anyway. And then you’ll end up writing one of those documents that says “Oh, we launched this and we tried it, and then the users came along and did all these weird things. And now we’re documenting it so future ages won’t make this mistake.” Even though you didn’t read the thing that was written in 1978.

We have our own academic examples of that: Math Overflow has been hugely successful despite the fact that research mathematicians working in one corner of the field may have absolutely nothing to talk about with people in other corners of the field.

So: the right size might be somewhere around the size of a university department. Somehow, the cultural anthropologists don’t mind sharing a building with the physical anthropologists, and when they both find themselves at the Yale-Harvard football game, you can bet that they’ll sit together and find something anthropological to talk about. Similarly, at Stack Overflow, the Java Entity Bean programmers at insurance companies don’t mind all the iPhone developers asking Objective C questions about the horrible, horrible game they’re working on. Heck, they might become iPhone developers one day. And they both share the humiliation of not being able to fix their uncle’s virus-infested Windows XP machine when they’re home for Thanksgiving.

In other words, you can be surprisingly inclusive and broad and still have a successful site, and people will be perfectly happy: Stack Overflow proves that. You do have to be careful not to try to create a site that’s so broad that you don’t have anyone around who can answer all the questions (the “Gadgets problem”), but as long as you have coverage and questions get answered well, the broader, the better.

We need some rules!

Here’s the best we could come up with for deciding whether site X should be subsumed by site Y:

So. Should Guitars just be a part of Musical Practice and Performance? Yes… I think all four conditions are met. Should everything be rolled up into a mega Music site? In principle, we could, but I think that you would end up with people asking questions about obscure Grateful Dead bootleg tapes that we just don’t have a large enough community to answer, so condition 3 does not apply. How about a big generic “Entertainment” site? Here condition 3 and 4 definitely are not met. 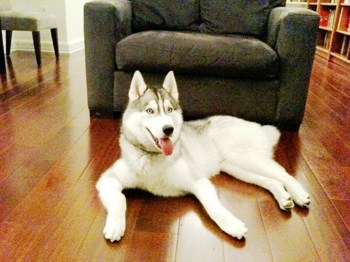 Right now, there are a ton of active proposals on Site 51 which are, in our opinion, too small to justify their own Stack Exchange sites. Ignoring proposals with 30 or fewer followers, there’s still a long list of proposals that could reasonably be included on Stack Overflow, possibly including:

There’s an even longer list of things that really belong on the new Programmers Stack Exchange, which appears to be degrading into fairly stupid water-cooler nonsense, and could benefit from an infusion of more meaty subjects, like these proposals:

That said, we’re firmly committed to the ideal that the community itself has to make the ultimate decisions, so in the coming weeks, we’ll be building mechanisms that make it possible to discuss and hash out possible proposal mergers. In any case, there’s a huge amount of value to getting these small factions together so they can join forces in setting up large, robust sites that genuinely make the Internet a better place.

From camping to tenure to memory, the sites turning ten this quarter cover a lot of ground.