Friday night we rolled back the domain name of our first out-of-beta website. After less than 24 hours of existing on the internet, nothingtoinstall.com was reverted to its original public beta name — webapps.stackexchange.com. 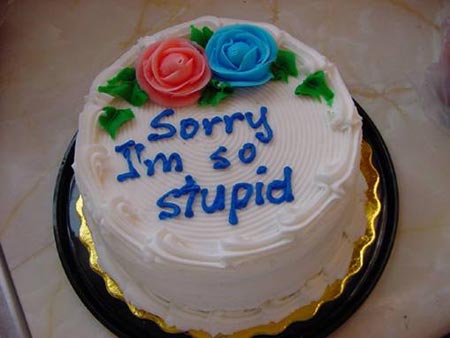 We’re sorry for springing this on you at the last minute but – at least at the time – it felt like circumstances didn’t give us much choice.

With deep concerns about domain name choices for the 20+ ongoing public betas and some negative feedback about breaking up the network into smaller domains, we made the snap decision to roll back the name change we had launched barely a day before. We felt that rolling back ASAP was preferable to letting problems grow exponentially through the next week while we discussed and voted and debated. That’s not an excuse; just an explanation. In hindsight, dealing with the community and the repercussions of our decisions should have taken precedence.

For the time being, all sites will stick with their topic.stackexchange.com. names. Note that this applies to the site name only. The full launch of every site continues as planned.

Which name do you like better? I like “Nothing to Install” but I’m not exactly unbiased. I work very hard with these communities, and coming up with decent names is difficult work; some say irreconcilably difficult. But when a site does come up with a good domain name, I believe they should get to use it (when the Stack Overflow folks read this, I’ll be in biiiig trouble). On the other hand, most of the domain name ideas are so bad, perhaps every site should not worry about having their own domain name by the end of beta (when the community reads this, I’ll be in biiiig trouble).

I won’t argue that the naming decision was right or wrong. Our opinions were scattered and obfuscated among concerns of search engine optimization, marketing, site-vs-network autonomy, and the mind-rending madness of picking 25+ different domain names. As with most religious arguments, the loudest 1% of each side has become thoroughly entrenched in defending their position. That’s not to make light of the arguments, but to step back and look at a bigger picture.

We’re attempting to build lasting websites and communities that will live on for decades, hopefully longer. We’re going to try to build it the right way, even if we don’t always know what that is. Sometimes that means trying different things, looking to see how they turn out, and, maybe, adjusting course… multiple times if necessary, until we get it right. Sometimes we change direction very quickly, sometimes we are more deliberate. This time we changed our minds when the facts turned out not to be 100% in alignment with our predictions. We’re strange that way.

The community is being heard

My job is to represent the community to the company, not vice versa. I’m here to be an advocate for great communities and make sure changes move us in that direction. I don’t have to agree 100% with every decision is made, but I DO have to represent the community members we depend on so much. That was my personal failure. Even adding a one-line system message saying hey we are switching back while we discuss would have done wonders.

On the upside, nothing makes me happier than knowing we have a large group of very passionate users who are deeply engaged in even the tiniest decisions we make. That’s a sign that we built something that matters. The alternative to having users who are passionate about what domain names we use is … having users that don’t care. And who in their right mind would want that?

So what about the domain names?

Through all the confusion and arguments, one user came through with a rational and useful piece of feedback. It is deceptively simple:

I have a feeling that the real heart of the issue is that everyone thinks naming is hard. That’s not completely true, the truth is finding a .com domain name for a matching good name is hard…

Since finding a .com domain naming for a matching site name is so hard, perhaps the community should come up with a good name and later consider which types of domain names they can get for that name. Two distinct things, not one.

It turns out, we, the supposed experts of all things Q&A, had made the most newbie mistake there is — we’ve been asking the wrong damn question all along!

When we originally asked the community to …

We should have asked the community to …

Tell us what your community is about in one brief sentence!

Instead of stressing out over the vagaries of the brutal, cut-throat .com domain market and debating the “least worst” domain name options ad nauseam, simply focus on telling the world what your community is about. Don’t even think about the domain name! Give us the one sentence “elevator pitch” for your community. How would you explain your site to a stranger you met on an elevator? It’s about … what, exactly?

Maybe the one of the 7 Essential Meta Questions should ask instead, WHAT IS THIS SITE ABOUT?

And that, once decided, can become:

“Nothing to Install” might make a good tagline for Web Apps. “Pause for Help” might work for Gaming. “Seasoned Advice” is a tagline for Cooking … a great one!

Nothing is cast in stone, as evident by how often we change our minds. There’s no urgent need to solve these issues right this minute. I’m convinced the world will not end if we don’t convince everyone right now that this exact decision is the most perfect decision ever made. Maybe we’ll come up with a better naming schema. Maybe we’ll end up acquiring an awesome top level domain name. Who knows?

This naming issues is not as dire as it seems. It really isn’t. There are so many arguments on both sides of the issue. But I can sympathize with the angst. We have an awesome community of highly passionate people who can’t go to sleep when they feel like something is going in the wrong direction. I can totally relate.

I don’t like when community members come way feeling discouraged that they are not being heard. I listen and empathize and try and turn feedback into action. Listening to the community may not always mean doing what the loudest members want. It may not even mean doing what the majority of the members want or taking a vote every time. But it does absolutely always mean we are listening.

Tell us what your community is about in one brief sentence!