You might know Grace as the moderator extraordinaire on our Gaming Stack Exchange.

I appointed Grace to a pro tem moderator position nearly a year ago. I wasn’t an avid user of Gaming SE, but I was continually amazed how often Grace’s name kept popping up in our moderator chat room. Grace was quickly becoming The Person to quote when you needed a clear, compelling explanation of how this community-management stuff should work. Even in our meta community, Grace was earning a ridiculous amount of rep in a short period of time. You should read some of his posts because it’s really good stuff.

Grace was a recipient of a community promotion sponsorship to send game releases for community members to write about. Grace exemplifies how much we can accomplish when smart people are willing to volunteer their insights and efforts to help get things done. When we started talking about expanding the Gaming program, Grace expressed an interest in applying for a Community Manager position.

I jumped on the chance.

Grace is a bit private in nature, but that’s okay; We hire community managers for their online persona, and not their real-world one. Grace’s work with Stack Exchange pretty much speaks for itself; but nevertheless, Grace indulged me with a bit of a bio to include in this announcement, and a picture that really exemplifies what Grace is all about: 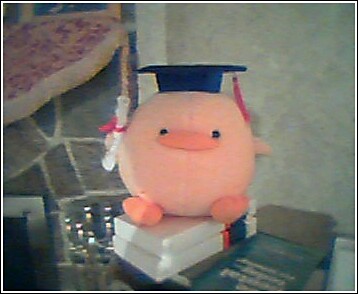 Grace is a gamer by heart and heritage, and thus a lot of her life comes from his love for video games. Learning artistic skills, practicing creative writing, coding small tests, and a fair amount of documentation occupies the majority of her time. The one thing more he cherishes more is her family, and he greatly enjoys that her new job lets him keep their new home from being a lonely place during the day, even if she can’t keep his mother company during the day proper. It may seem like a quiet boring life, but she manages to keep it interesting enough for stories, whether it’s setting his hair on fire during Biology class or being hounded by a white wasp for the entire length of a highway drive.

Grace first found Stack Overflow in a very traditional success story—When she needed assistance for his SharePoint application on a previous employment. When the site continued to come up on future problems, she eventually gave a shot at answering, an experience that soon cascaded to the birth and guidance of the Gaming Stack Exchange that is her main haunt. He looks forward to working with everyone to help continue to sculpt the growth and communities of all of the Network.

Grace is not fond of posting her picture online (very strongly emphasized by his lack of presence on any social network), but she endeavored nonetheless to procure an image from his past — from graduation, as it were. She hopes it’ll be satisfactory. ♪

Welcome to the team, Grace! ♪