For the past couple months, we’ve had a new team starting up out of our NY office, CHAOS (or if you’re not into that whole brevity thing: Cheerful Helpful Advocates of Stack Exchange).  You’ve probably seen them around some of the sites or run into them in one of the chat rooms – but here’s your official introduction:

CHAOS works directly with Joel and me to come up with, and execute on, new ways to promote all of the new SE sites and bring in new users.  Looking at the original job posting we put up, you can get a bit of a feel for what they’ll be doing:

“This job will be sort of like being a community organizer at a non-profit. It combines elements of marketing, PR, and sales, but it’s really something different. I don’t expect that there are a lot of people out there who already kn0w how to do this well, so I’m going to train them, personally. Not that I know how to do this, but we’ll learn together. Every workday is going to start with a huddle at 9am and a plan for the day’s activities and an intensive six hours of work. Every workday is going to end with an hour of learning… reading Kawasaki and Godin and Ries and Trout, talking with invited experts, meeting with members of the community about what worked and what didn’t worked. Everyone who joins the program (and survives for a year) will come out with an almost supernatural ability to take a dead, lifeless site on the internet and make it into the hottest bar in town. That’s a skill worth learning for the 21st century.” 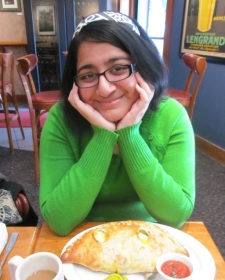 Originally from Texas, Aarthi is a recent graduate of Indiana University, Bloomington and the only member of CHAOS to enjoy “Troping“.  Also, she has a four octave vocal range (sounds like we need to do a company karaoke party pretty soon), and randomly, she’s apparently allergic to organic fruits and vegetables – not regular ones, just organic ones. 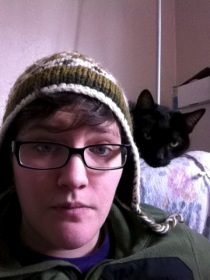 The second CHAOS member to mention Harry Potter (apparently she was a Prefect in high school, just like Harry), Abby graduated from Northwestern where she spent many a day sailing, playing board and/or video games and cuddling cats.  Oh yeah, and you can still see the spot on the wall in her childhood home where she fell down the stairs and dented the wall with her head. 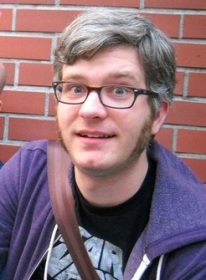 Brett was hired primarily to add humor and levity to the team (based on his background as a comedy writer) but since then, has found his home working on our gaming and sci-fi sites.  That fits in pretty well with Brett’s interests – he’s even managed to assemble a collection of 4,300 comic books over the last two decades.  Oh, and if Brett looks familiar, its probably because he played the intern Christmas tree on the Late Show with David Letterman. 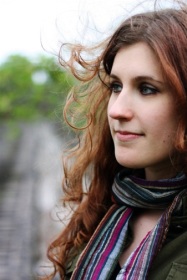 A graduate of the University of Rochester, Laura comes over to Stack from a social media research firm – so she actually understands why everyone is spending so much time on Stack.  When not at the office, she enjoys singing while cooking as she travels to the outdoors (or at least she enjoys all those things separately, not sure if she actually does them together).  Laura also has VERY specific candy eating preferences: M&Ms must be separated by color and eaten individually while Skittles are to be smashed together and eaten at once. 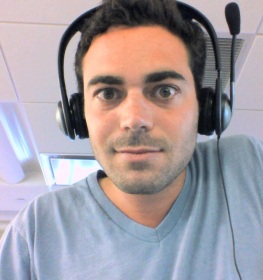 Sam  has been on a slow trek eastward for most of his life: starting off in Los Angeles, then to Michigan for school and finally settling in New York City.  When he isn’t being helpful to tourists by giving them directions, Sam enjoys hanging out in Brooklyn in the summer, listening to music, and watching basketball.  He is also a (fledgling) meme creator as the mind behind the tumblog Real Baby, Fake Mustache. 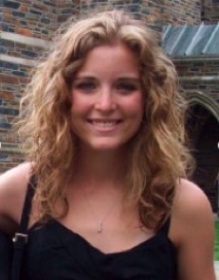 Proving that wasting time on the internet is destructive behavior, Lauren dropped out of school to join us at Stack Exchange. If it weren’t for us, she would still be pursuing a PhD in Psychology. While in attendance at Duke University, Lauren didn’t have access to a car, so she got her motorcycle license and rode around on a hot pink Vespa. In between shifts on the CHAOS squad, Lauren enjoys distance running, traveling, and playing violin – sometimes all at the same time! (To which we say: pics or it didn’t happen, Lauren.) 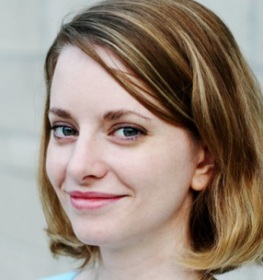 The next time you’re out at a comedy show and you hear someone sitting behind you, loudly munching away on a cheese sandwich, introduce yourself, because it might just be Katey!  A graduate of Hamilton College, she not only watches but also writes and performs comedy around NYC (seeing a trend here, we like hiring funny people).  When asked for a random fact about her, Katey replied:

“I can ride no hands on a bike, like really well. I also am very good at hand fart noises. I am bad at telling my left from my right, especially now that I don’t drive routinely. I know how to drive a stick shift and I have read the first 4 Harry Potter books over 30 times each.” 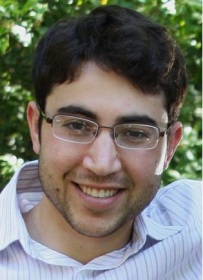 The second of our CHAOSers with advanced degrees, Seth holds a BA and MA from Brandeis (where he was also captain of the tennis team).  Despite being an athlete, he’s also a bit of a technology geek, being deeply interested in tech startups and playing with computers all the way back to his first Mac 660av.

So that’s CHAOS – make sure to say hi if you see them around the sites – and of course, feel free to suggest any ideas you have for helping to grow the sites and bring in new users. 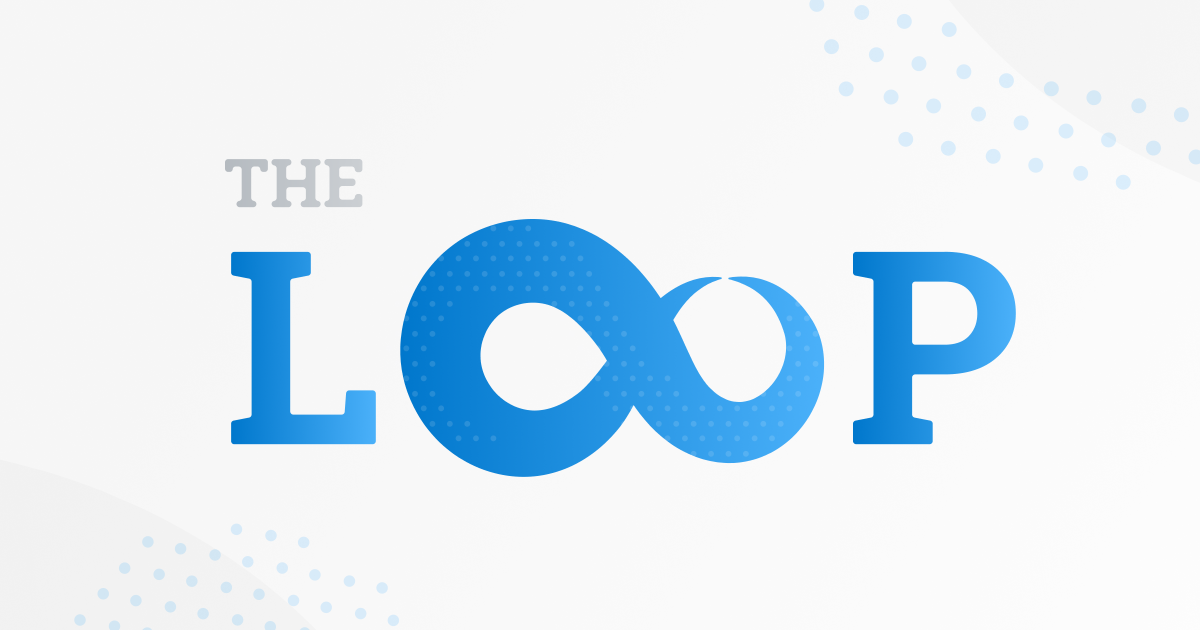 It’s time once again for the ritual that I know we’ve all come to love: the quarterly update on Community team projects. This quarter’s projects are constrained by a lack of available technical/engineering resources on our Public Platform team, so you’ll see that we are focusing on projects that don’t require assistance from them. 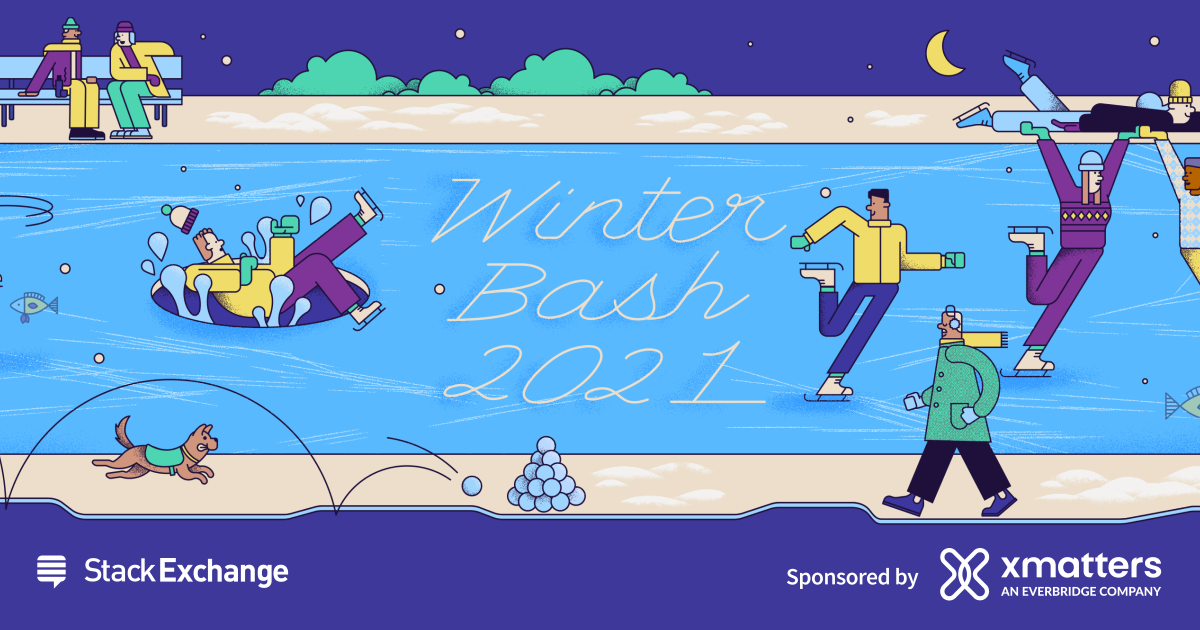