This past weekend, CHAOS was working the New York Comic Con (NYCC) here in New York City. It was kind of amazing. But CHAOS wasn’t the only one working hard this weekend…. 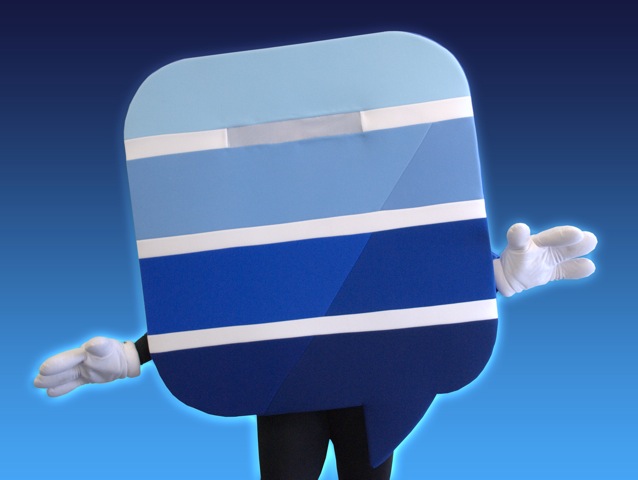 Meet Bubbles, the Stack Exchange mascot! Some of you might recognize her from her cameo on the podcast video stream a few weeks ago, but her official debut was this weekend at Comic Con. We’ll be honest: not everyone here at Global Domination Headquarters was completely sold on getting Bubbles. I’m not naming any names, Joel, but some people just didn’t see the value in it. Well, the joke’s on those people, ’cause Bubbles was a smash hit. 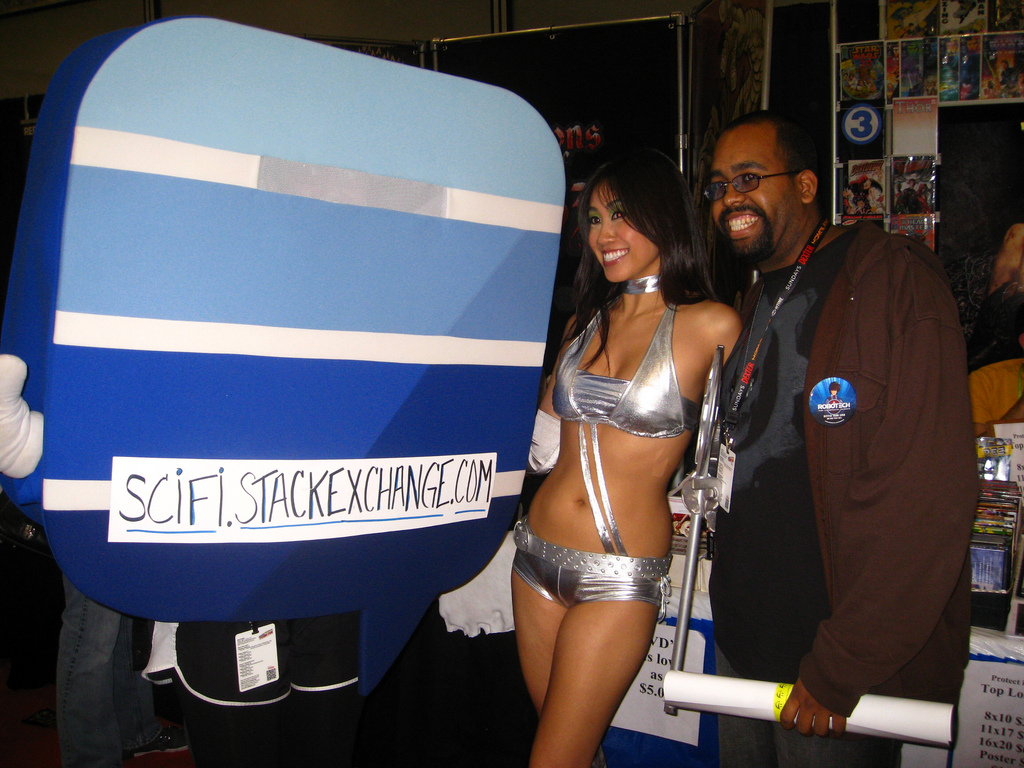 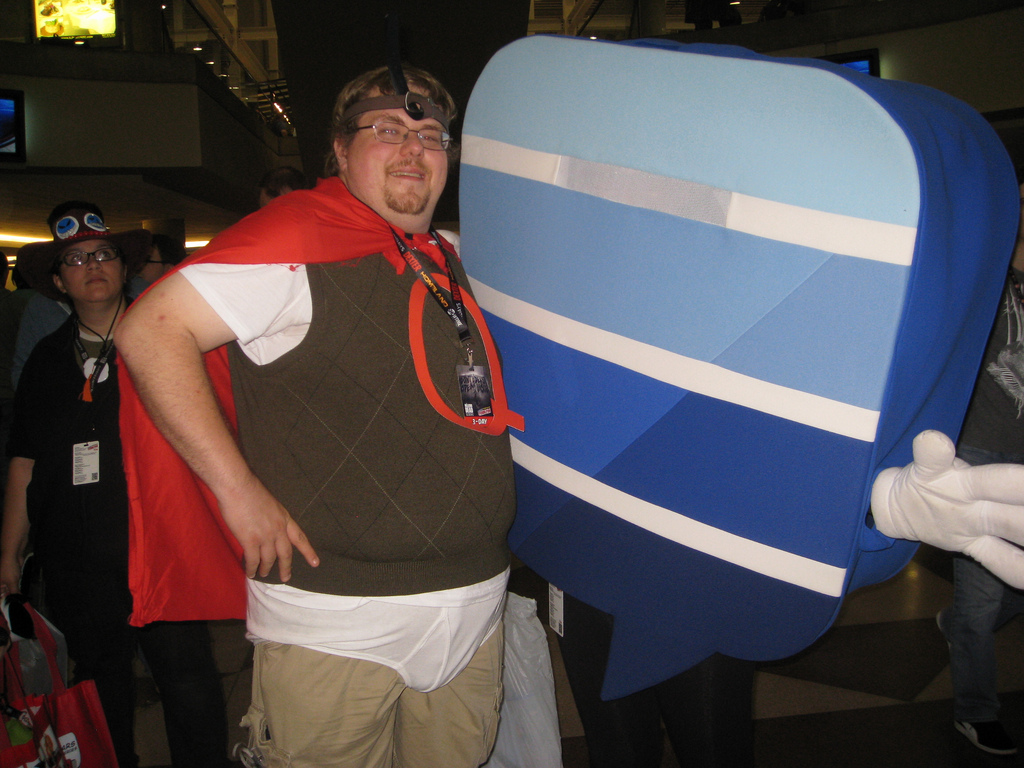 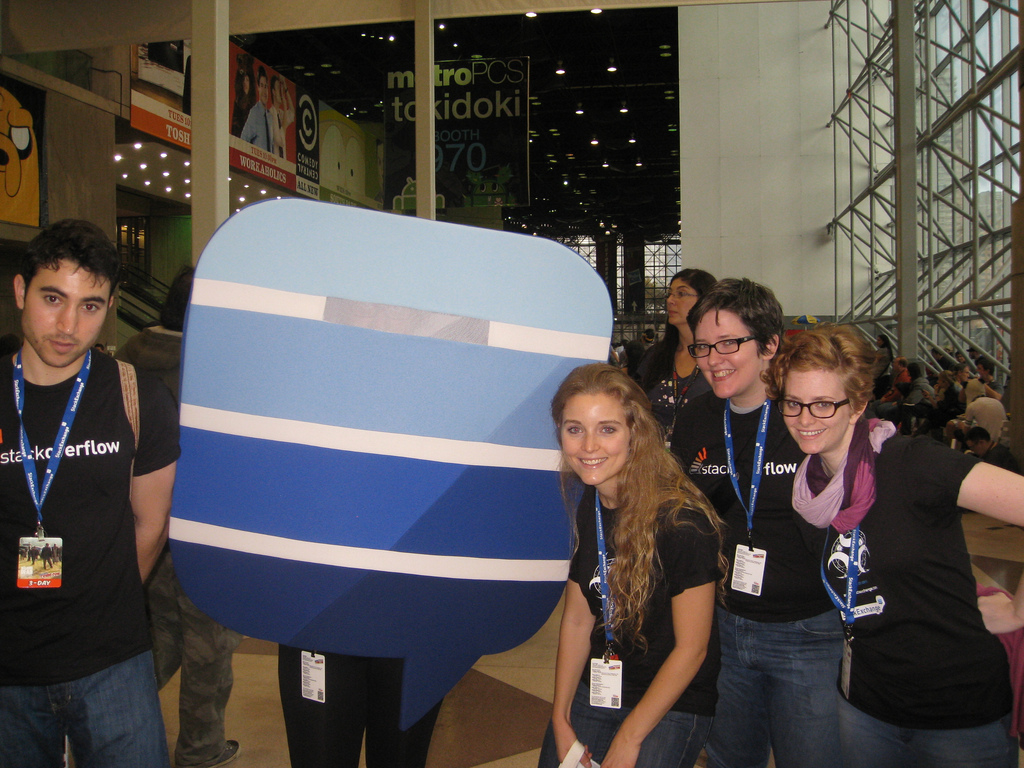 CHAOS brought Bubbles to Comic Con with the intention of doing some grassroots promotion efforts for a number of our sites. While Sci-Fi and Gaming were the main focus, GameDev and Stack Overflow also got some time in the spotlight. Aarthi kept referring to Comic Con as “nerdvana,” and the description became more and more apt through the weekend. Cosplayers, comic book aficionados, gamers rooting for their favorite players — the showroom and lobby was a crowded hub of excited fannish energy, and CHAOS was right in the thick of it. We had special stickers and swag to hand out to convention attendees — most of it limited edition, no less, so they pretty much gave themselves away. 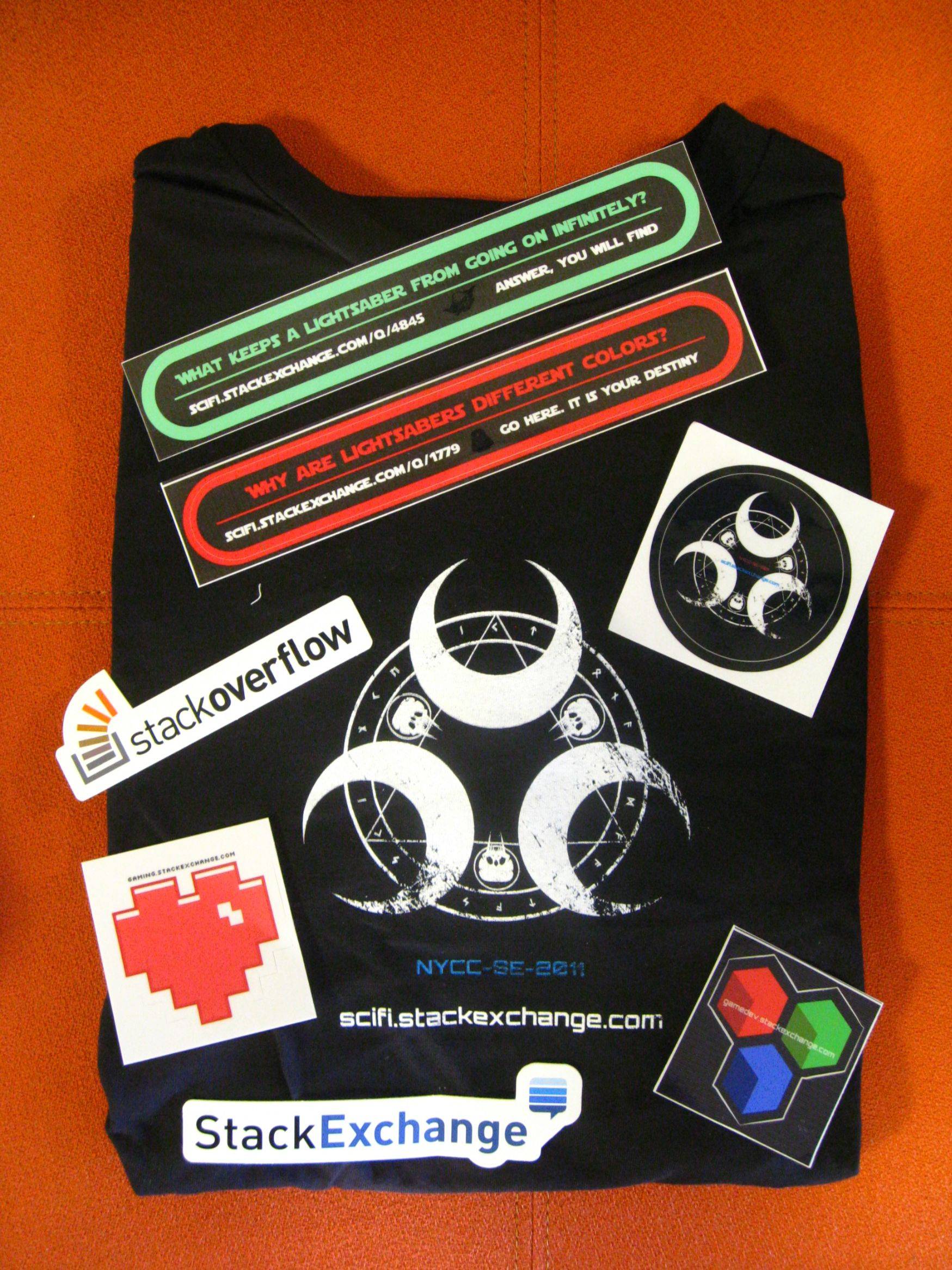 Since we know our users love freehand circles drawn in MS Paint in #FF0000, we’ll break down the swag for you that way. (Except in more colors — red is hard to see.) 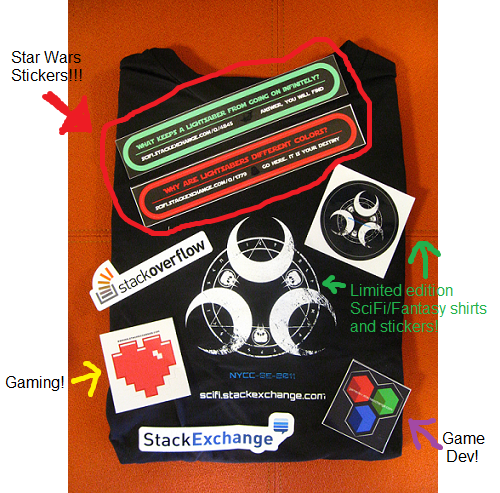 Seriously, though, these really did just give away themselves. We had almost a hundred t-shirts to give away at the event, plus several hundred stickers of various makes. By 5pm on Sunday, when the conference ended, we were completely out of giveaways. Every Star Wars, Sci-Fi, Gaming, and Game Dev sticker was gone. We have a few shirts left, but people loved getting limited edition things. The best was seeing how excited people would get when we recognized their costumes, knew the answers to the questions, or wanted to take a picture with them.

Basically, the weekend was a blast, and we enjoyed just about every minute of it — especially the parts with the mascot. Keep an eye on the Science Fiction and Fantasy Blog for panel reports, a full convention write-up, and more.

You can see all the pictures of Bubbles and her escapades in the album below, or in this Flickr slideshow.