I saw an interesting Battlefield 3 question on gaming a few weeks ago.

I’ve recently unlocked the EOD bot, and while playing around with it (and being hopelessly ineffectual with it) I’ve noticed that after I have driven a certain distance away I will return back to first-person view. Running towards the EOD bot will allow me to take control of it again. How far can I drive an EOD bot away from me before I lose control of it?

I play Battlefield 3! Extensively! I’ve used the remote control EOD bot before, but I have no idea what its maximum range is. I’ve never lost control of it. So I could have answered …

When I play as Engineer, I’ve never lost control of the EOD bot. Are you sure you’re not doing something wrong?

… and that is true, insofar as my in-game experience goes, but it’s kind of my opinion, isn’t it? I was curious myself. How would one figure out the actual range of the bot? I decided the only way to definitively answer this question was to:

So I did. Which took a solid 15 minutes of my time at least. After doing this I belatedly realized that I had just run a science experiment. 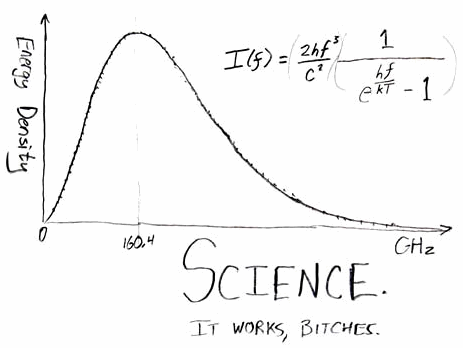 Stack Exchange just trolled me into doing actual science. For a freaking game. Wow. Consider the implications. Now, if only we could harness those powers for something useful, right? Well, take a look at this Super User question.

When programs are minimized in Windows 7, do they use less memory and CPU than leaving them maximized?

The highest voted answer has an official Microsoft Knowledge Base article backing it up, but it’s quite old. Other users dispute whether it’s correct or not. Anecdotally, I’ve read other blogs confirming the behavior described in that MSKB, but a long time ago. At least that answer has a citation backing it up; many of the other answers on the question are little more than opinions. And you know what they say about opinions. Opinions are like … beautiful flowers, everyone has their own favorite.

Super User is a technical site for computer geeks; we should be able to do better than a bunch of opinions and a smattering of links. A lot better. As a fellow Super User, I decided the best way to tell what’s going on here was to …

… so I did. And I edited the highest voted post to include the results of my little science experiment.

We do what we can to help new users understand how to base their answer on something other than an opinion by popping up this little help text when they start composing an answer:

Thanks for contributing an answer to {sitename}!

Please make sure you answer the question; this is a Q&A; site, not a discussion forum.

Provide details and share your research. Avoid statements based solely on opinion; only make statements you can back up with an appropriate reference, or personal experiences.

To learn more, see our tips on writing great answers.

While we don’t come out and say it quite this way*, the best answers — not just on Stack Exchange, but to any question in life — should probably involve a little bit of science.

* but maybe we should