About six months ago we began work in earnest on the second version of the Stack Exchange API.  A few months later, after a short private beta, we opened up a public beta with tantalizing prizes. 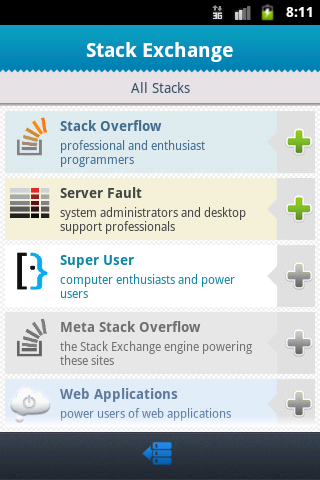 An Android app by Karan M, supporting all non-meta Stack Exchange sites and a view into your inbox.

Karan will be getting  the new iPad. 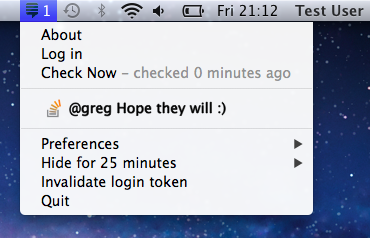 Greg will be getting an Acer Aspire One. 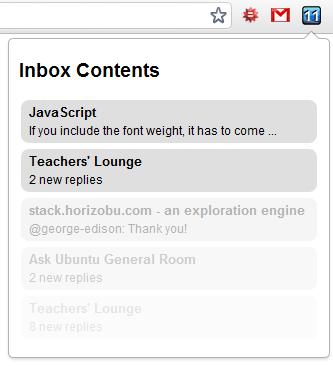 A series of open source browser extension for Google Chrome, Mozilla Firefox, and Opera by George Edison which pull your inbox into the browser.

George will be getting a 160 GB Intel SSD.

An open source Ruby library written by Thomas McDonald, check out the documentation.

Thomas will be getting a Kindle Fire.

All these users contributed a substantially to the quality of the API by finding and reporting numerous bugs, and will be getting their choice of a Lilliput Mini USB Monitor and a Kindle Touch 3G.

As part of the new authentication feature in Stack Exchange API V2.0, we added an apps tab on user profiles for managing app permissions.

Up until now, this tab was only visible to users who had authorized at least one application.  Starting today we’ve made it visible to all users, and put some tasteful app suggestions in there for users who haven’t authorized any apps yet.

We’re doing this to help those developers who build on our API find an audience for their hard work, in a similar vein to Community Promotion Ads.

Here are the current guidelines for getting an app listed:

Congratulations to all the winners

You should definitely check them out.

If none of these apps float your boat there are plenty more available on Stack Apps, or you could jump in and build your own.

We chat with Michael Chenetz, Head of Developer Content at Cisco, about the importance of bringing security into the discussion very early in the SDLC.