Holy smokes… It’s been over three and a half years since Jeff recruited Valued Associate #00002 to work full-time on building Stack Overflow. In that time, a lot has changed. Jeff’s moved on to teasing us with his next project, Jarrod’s gone from spending his days knee-deep in code to managing the Core dev team and being big in Japan. And there are now 60 full-time employees of Stack Exchange, many hired from within the communities on our sites.

It’s been far too many months since we last introduced any of them, which is a real shame – these folks work hard keeping the lights on, and there’s no reason to keep them locked in the basement all the time. So without further ado, 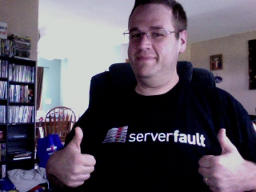 Bart is the newest addition to our Systems Administration Team.  Bart is married to his wonderful wife Norma, an English teacher in PA, and has a stepdaughter in college and a son obsessed with Pokemon. He has three cats named Ruby, Python and Mongo. He knows more about Star Trek than most, and is an aspiring author (try and find him at the local Barnes and Noble!) 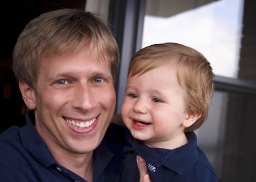 As the new VP of community, Jay will oversee a combined team made up of our existing (and awesome) Chaos and Community teams.  Specifically, he’s tasked with driving a 6-sigma confidence level in cloud fluffiness, a 15º improvement in rainbow arc, and a modest 15% lift in unicorn nobility.  He comes from a long, if accidental, career in coal mining financial services, where he started as a two-week temp answering phones, and most recently was a Managing Director of Capital Markets (whatever that means).  Prior to that, he studied Drama at Dartmouth College and did tried to do a lot of crossword puzzles.  Today, he’s a proud husband and the father of the world’s definitively most-awesome one-year-old [citation needed]. 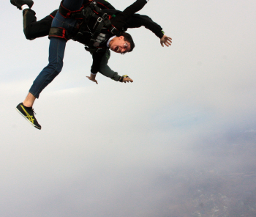 Proudly Polish from New Jersey, Steve helps the ever-expanding office at Stack HQ maintain its efficiency as we keep growing and growing; making sure the NYC team has enough jerky, Red Bull and peanut M&Ms to get them through the day; keeping the shelves stocked with enough swag to keep our users happy and buried in t-shirts and stickers.   He graduated from University of Maryland (History) and then the University of Nottingham in England (MA Environmental History), where he found his love of Manchester United. 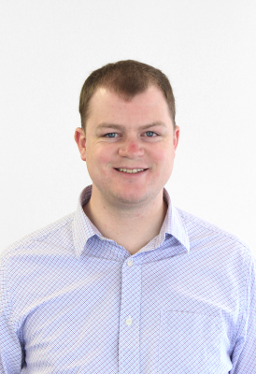 Tall Matt is from Colorado and has joined the Development Team in the NYC office working on Careers 2.0. He plays organ and has a website. 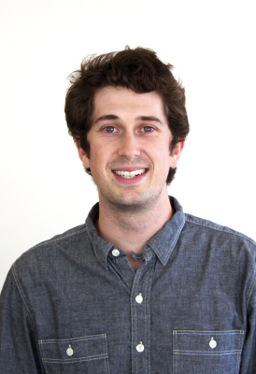 Will joins Stack Exchange as the Product Manager for Careers. He hails from Austin, TX and has been in NYC for 6 years (Don’t worry, he still has his cowboy boots). He founded two failed startups – one around news discovery (Know About It) and the other for fantasy sports (Chalq).  His hobbies include rec league sports and their online fantasy equivalents.  He enjoys reading science fiction and attending political, social, and economic debates. He is looking forward to building products at scale, working in a developer centric company culture, and not being responsible for raising money! 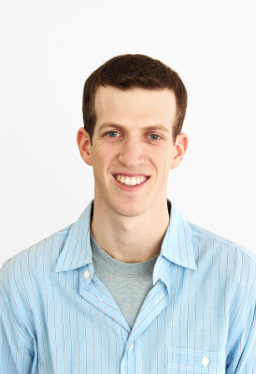 NY born and bred Jay joins the Careers Sales Team in NYC.  Jay only left the Empire State for 4 great years as a Florida Gator.  In his spare time, Jay loves travelling and eating and is obsessed with golf.  Jay recently rescued a mutt dachshund puppy named Layla. 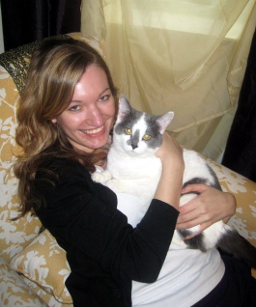 Bethany, a proud graduate of Northwestern University, comes to the Careers Marketing Team with a background in magazine journalism.  Bethany’s career in journalism was highlighted by her cat (Freya)’s national magazine debut in Prevention Magazine.  In her spare time, she enjoys traveling, singing in her community choir, and growing orchids at her Brooklyn apartment. 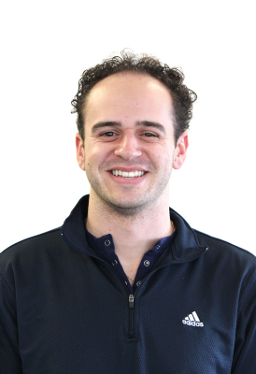 JV joins the Careers Sales Team in NYC.  Beach bum, Jon-Vincent (JV) is from New Jersey and grew up in a small beach town, Monmouth Beach.  JV is obsessed with all sports and routing for local teams: Giants, Rangers, Knicks, and Yankees.  In his spare time, he enjoys pepperoni pizza and Hemingway. 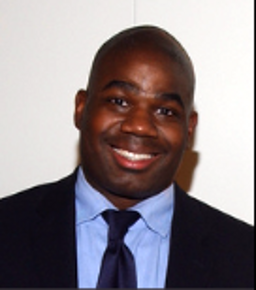 Dammand joins the Digital Ads Sales Team.  He lives in Brooklyn with his 3 kids and lovely wife.  He played football in college and loves to sell advertisements.  Dammand is passionate about politics, and in his spare time spends time on his site The Politicus. 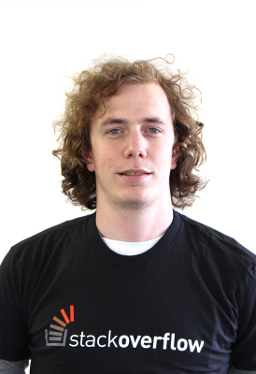 Ben joins Dimitar in our London Careers 2.0 Sales Office.  Ben is originally from London and went to university in Liverpool. Upon completion he moved to Dubai to work in the headhunting sector where he lived for almost 2 years.  Ben then took a hiatus to travel around Central and South America for 11 months. Highlights of Ben’s travels included living in the Amazon with a local tribe for a month, hiking on ice glaciers in Patagonia, swimming with whale sharks off the coast of Mexico and cycling down the world’s most dangerous road in Bolivia all before partying in Brazil for Carnaval. 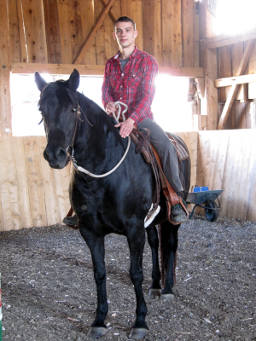 Stefan joins us in our ever-expanding Careers Sales Team in London. He grew up on a farm in Austria, moved to Vienna for a few years, and now resides in London. In his free time he plays volleyball, even traveling for International tournaments with his teammates!  When he does make it back home to Austria he enjoys riding his brother’s horses (never without his permission though as he is the original horse whisperer). 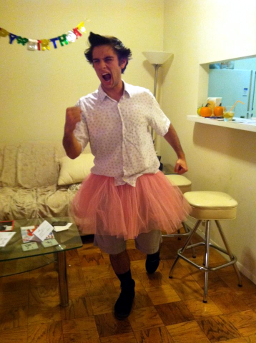 Matt joins our Career Sales Team in NY.  Born and raised in the ‘burbs, Matt went to college in Madison, WI, and spent a year as a ski bum out in Lake Tahoe before moving back to NYC. He likes spending as much of his free time outside as he can, often playing tennis, basketball, or anything else he can make competitive. 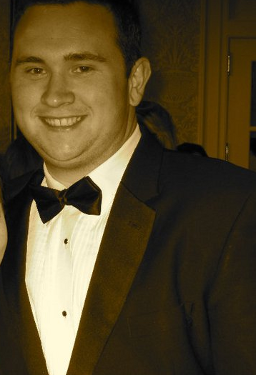 Sean joins our Career Sales Team in NY.  He was born and raised in Westchester County, New York. He is addicted to football and golf. He once won a Chicken Nugget Eating Competition by eating 86 cafeteria nuggets. 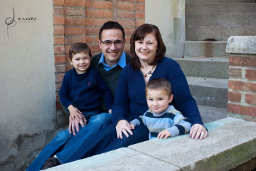 Robyn joins Stack Exchange as our Finance Manager.  Born and raised in central Ohio, Robyn moved from MI to NY in 2011 (with a broken leg!).  She and her husband, Brad, have two boys Bryce and Chandler. She loves to spend time with her family, read paranormal romance books on her tablet and visit new places in NYC.  If it’s a weekend, you can find her at the local playgrounds and parks. 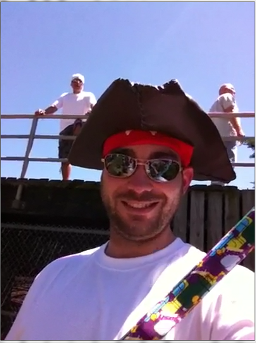 Robert joins our Career Sales Team in NY.  He grew up on Long Island and went to school at James Madison University in Virginia.  Robert now lives in Brooklyn with his girlfriend and 3 cats. Robert enjoys playing video games, cooking, and listening to/reading science fiction/fantasy books.  Also, he does not have a “real” belly-button (it is a hand made “innie”)

Please join me in giving a warm, belated welcome to these fine conscripts!