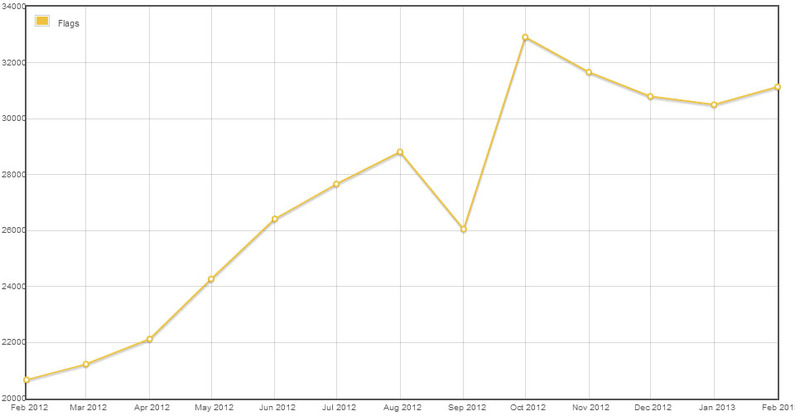 It’s time once again to cast your vote for the next Stack Overflow moderators. The primaries have just ended, and the top ten candidates can be found here: http://stackoverflow.com/election.

We’re running the election now (rather than a year from the last election in June) because veteran moderator Tim Post is stepping down in order to work with us as a Community Manager! While we’re extremely lucky to have his hard-working brilliance brought to bear on the problems we face managing all these sites, his transition does create an immediate need for a replacement on the SO mod team.

But of course, we’d be running an election soon anyway; as amazing as the current Stack Overflow moderators are, the workload continues to grow: 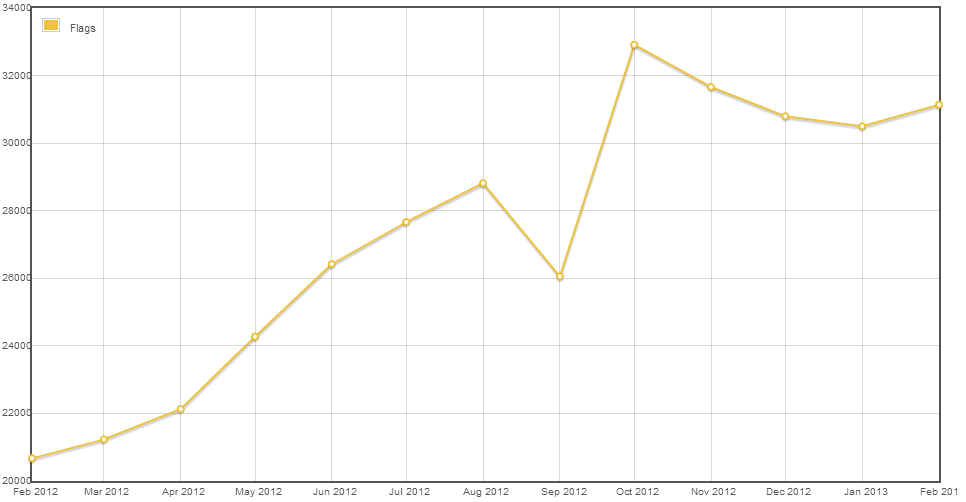 Jeff laid out the basic philosophy in A Theory of Moderation:

As the previous graph indicates, flags – the primary embodiment of those exceptions – are a fairly frequent occurrence on Stack Overflow, purely because of its size. That said, a lot of flags aren’t identifying things that are particularly exceptional: in particular, posts that need to be closed (duplicates, off-topic questions, etc) or are of extremely poor quality aren’t all that uncommon on a site that gets over 7000 new questions and 11K answers each day. While moderators are well-equipped to handle these quickly, they don’t actually require moderators when a sufficient number of experienced users are willing and able to help.

I mentioned last year that we were working on tools that would help to distribute the load more evenly between the elected moderators and the community as a whole. Well, eight months after their introduction, I’m happy to report that the revamped Review system is doing exactly that: 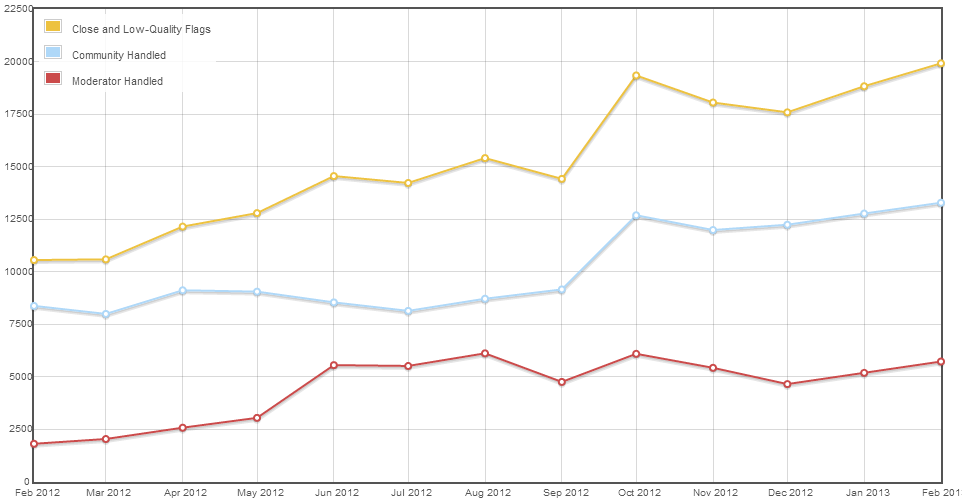 We designed the Stack Exchange network engine to be mostly self-regulating, in that we amortize the overall moderation cost of the system across thousands of teeny-tiny slices of effort contributed by regular, everyday users.

That’s not empty rhetoric – on a site the size of Stack Overflow, it’s absolutely essential. Geoff Dalgas came up with the design for the new review system based on his observations of wikiHow’s Community Dashboard: individual tasks, each focused on a specific need with specific actions to be taken and specific guidance provided for new users. The philosophy: don’t just give people stuff to do – help them learn how to do it.

Geoff, Emmett and Kevin have done some amazing work in making these new tools as fast and effective as possible; while there have been some growing pains and a few unexpected challenges, it’s great to see folks jumping in to help so enthusiastically. In the past 30 days, we’ve seen:

(a detailed breakdown of actions to first posts and late answers can be found here.)

That’s a lot of work being done by a lot of people… Heady stuff. To be sure, that still leaves a huge amount of work for elected moderators, but I think it demonstrates the ability of the whole community to step up and assist when the opportunity is provided, that thousands of you are still willing and able to work together to created and maintain the site that you want to be a part of.

So as you go to cast your votes today, looking over each candidate’s stats and reflecting on what they’d do as a moderator… Remember that moderation doesn’t start with winning an election. 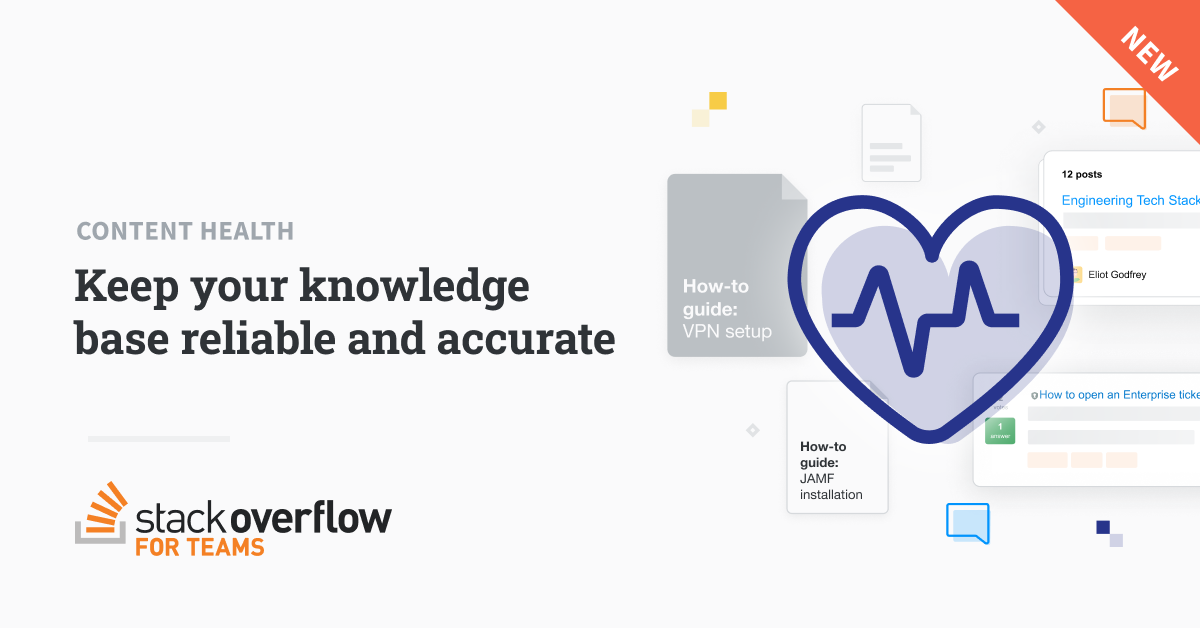 Our Content Health feature helps intelligently identify and surface potentially outdated or inaccurate knowledge—content that needs to be reviewed in order to keep your knowledge base healthy. 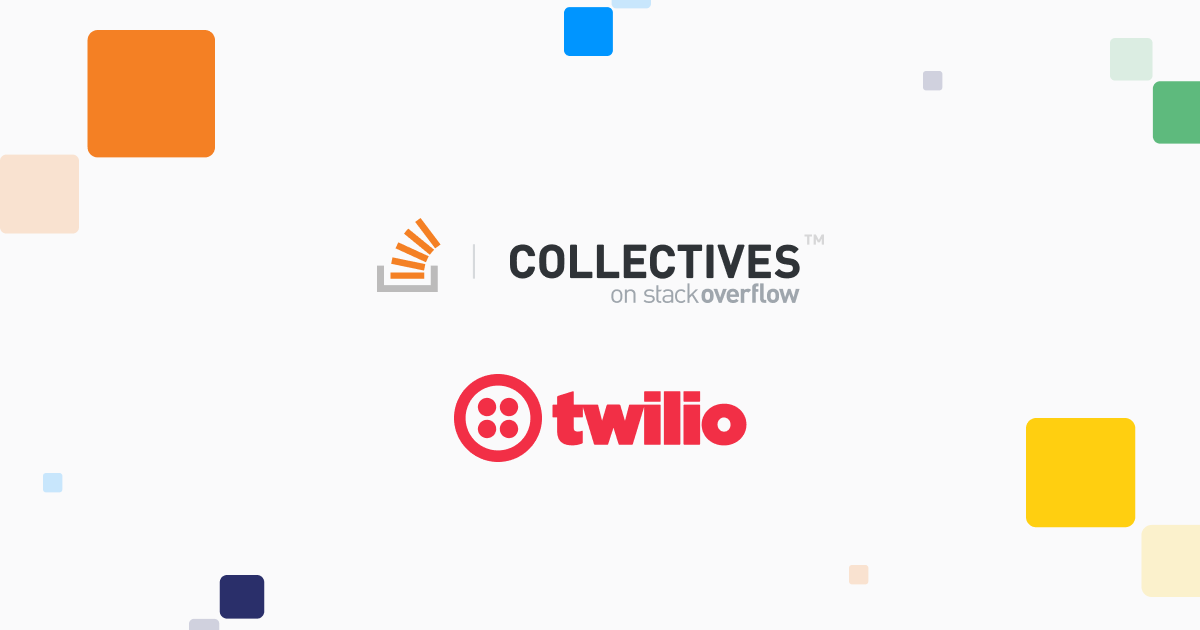 More than 10 million developers use Twilio’s platform to add customer engagement solutions to their products and services. Now there’s an easy way to find helpful content and connect with experts from Twilio and the Stack Overflow community when you have questions.