It seems like just two months ago (OK, it was exactly two months ago) that I announced our last batch of new hires.  Today I’m pleased to introduce our newest employees.  There are TEN of them … so get comfy and prepare to learn all about our latest hires, who seem to have an overall fondness for food, sports, music, and the great outdoors. 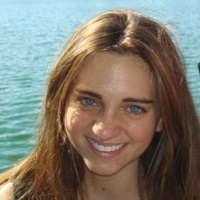 Jessica was born and raised in warm, sunny Florida, until she packed up and moved to less warm, less sunny Chicago for non-weather-related reasons (okay, it was school). She has lived in New York and worked in television for the last four years, but is excited to make the leap into a brand new industry at a great company like Stack Exchange. In her spare time, Jessica likes to run for fun, take in a baseball game (TV, radio, or in person), hang out with her four-legged friend Cash (like Johnny)…and yes, watch TV. 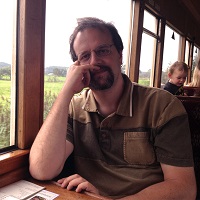 Marco is from Milan, Italy, and he has been traveling around the world for some years. He studied in Singapore, then worked in France, Portugal, and finally settled in the UK for the past four years where he lives in Kent with his wife and kid.  He goes by the handle of Sklivvz on the Stack Exchange network, where he has been a contributor since November 2008 and moderator on Skeptics since February 2011. 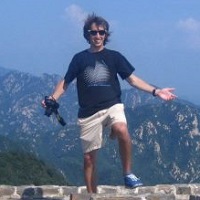 Native to sunny Florida, Pieter decided to trade in his flip flops and board shorts for a piece of the good life here in the Big Apple.  Pieter has a passion for travel and has, at last count, traveled to 27 countries including a year spent living abroad in China. Previously, Pieter has been responsible for high volume regional sales recruitment at ADP, as well as the national sales recruitment at Seamless! Outside of work, you might find Pieter hiking, sailing, or playing volleyball.  Pieter is very excited to be helping Stack Exchange grow its global sales teams! 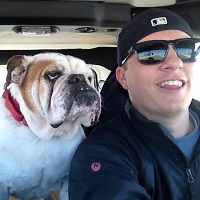 Originally from the south side of Chicago, Jim now feels the need to argue with people in bars that Chicago is the greatest city in the world. He’s passionate about the Bears, Bulls, Blackhawks, and White Sox, so Jim couldn’t imagine a better sports town. Leaving that behind and moving to the Rockies was tough but needed.  Armed with his trusty sidekick Loomis (pictured here, left), Jim plans to conquer the mountains and everything Denver has to offer. An avid crock-potter and terrible at accents, Jim hopes to fit in nicely. 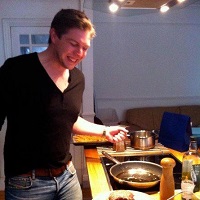 Paul has lived in London since May 2010 and he loves it!  He was born and grew up in Cologne, Germany. Due to this fact he’s a big supporter of his local football club, FC Koeln. But he doesn’t just watch sports; he also loves to be very active, playing European handball up the third German division, and also squash and football. But his biggest passion is cooking and eating! His cooking style is experimental and cross culture…he never uses recipes, he just combines the things he knows and likes. Most of the time his cooking tastes good. 😉 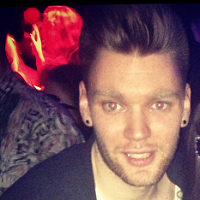 Todd originally hails from Boston (UK not US!) but now lives in London. He’s looking forward to transferring his sales skills to Stack Exchange! He really enjoys trying new foods and new restaurants, and he has a great love of the outdoors and adventurous walks. Apart from enjoying friends’ company in London’s nightlife, he does try to keep very sporty, although he admits shamefully that his two favourite sports are the two he’s the worst at (tennis and swimming). Todd is also a huge fan of Liverpool Football Club!! 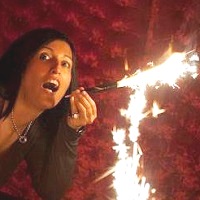 Shikha grew up in Brussels / Belgium and has an Indian background. She has been living in London for over 6 years, and is super excited to join Stack Exchange’s growing UK sales team. During her spare time you will find “DJ Shake” mixing the latest Bollywood tunes with a mix of French hip-hop and Arabic flavor, reading books, and learning to play the “Dhol” (Indian drum). 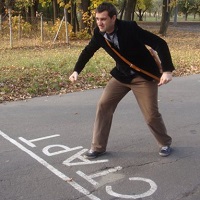 Pawel is from Poznan, Poland and has lived in England for 7 years. He studied journalism and PR, and used to play handball (the best European sport ever!) quite seriously. He’s upgraded to playing football (the best international sport ever!), and can be found on London football pitches falling over, or screaming “Go Arsenal!” in support of the best football team in the world. You might see him on the road scooting cheerfully on his Vespa between angry Londoners stuck in traffic. He’s very excited about starting at Stack, as you can see here (CTAPT means START in Russian). 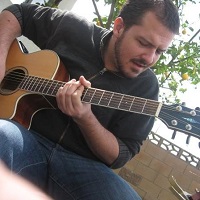 An LA native, Bryan Ross (everybody just calls him “Ross”) moved to Denver in 2010 after being chewed up and spit out by the rock music industry. A self-taught developer of 15 years, he has an unhealthy interest in language design, expensive keyboards, strong coffee, and music. When he’s not nitpicking about the merits of various programming acronyms, he can usually be found writing, recording, and mixing in his home studio. 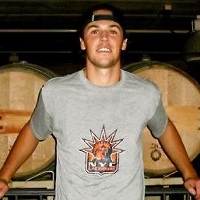 Derek spent the first three years of his career in equity sales & trading, and is excited about making the move to a growing firm with unlimited upside like Stack Exchange. He grew up in Philadelphia, spent summers in Cape Cod, and moved to the concrete jungle in 2010. Outside of the office, Derek spends his time traveling, rooting on Philadelphia sports teams (Go Birds), listening to the Grateful Dead, and hanging out with his brothers and friends.