Today Stack Exchange is pleased to announce that we have raised $40 million, mostly from Andreessen Horowitz.

Everybody wants to know what we’re going to do with all that money. First of all, of course we’re going to gold-plate the Aeron chairs in the office. Then we’re going to upgrade the game room, and we’re already sending lox platters to our highest-rep users.

But I’ll get into that in a minute. First, let me catch everyone up on what’s happening at Stack Exchange.

In 2008, Jeff Atwood and I set out to fix a problem for programmers. At the time, getting answers to programming questions online was super annoying. The answers that we needed were hidden behind paywalls, or buried in thousands of pages of stale forums.

So we set out to build Stack Overflow with a single-minded, compulsive, fanatical obsession with serving programmers by building a better Q&A site.

Everything about how Stack Overflow works today was designed to make programmers’ jobs easier. We let members vote up answers, so we can show you the best answer first. We don’t allow opinionated questions, because they descend into flame wars that don’t help people who need an answer right now. We have scrupulously avoided any commercialization of our editorial content, because we want to have a site that programmers can trust.

Heck, we don’t even allow animated ads, even though they are totally standard on every other site on the Internet, because it would be disrespectful to programmers to strain their delicate eyes with a dancing monkey, and we can’t serve them 100% if we are distracting them with a monkey. That would only be serving them 98%. And we’re OBSESSED, so 98% is like, we might as well close this all down and go drive taxis in Las Vegas.

Anyway, it worked! Entirely thanks to you. An insane number of developers stepped up to pass on their knowledge and help others. Stack Overflow quickly grew into the largest, most trusted repository of programming knowledge in the world.

Quickly, Jeff and I discovered that serving programmers required more than just code-related questions, so we built Server Fault and Super User. And when that still didn’t satisfy your needs, we set up Stack Exchange so the community could create sites on new topics. Now when a programmer has to set up a server, or a PC, or a database, or Ubuntu, or an iPhone, they have a place to go to ask those questions that are full of the people who can actually help them do it.

But you know how programmers are. They “have babies.” Or “take pictures of babies.” So our users started building Stack Exchange sites on unrelated topics, like parenting and photography, because the programmers we were serving expected—nay, demanded!—a place as awesome as Stack Overflow to ask about baby feeding schedules and f-stops and whatnot.

And we did such a good job of serving programmers that a few smart non-programmers looked at us and said, “Behold! I want that!” and we thought, hey! What works for developers should work for a lot of other people, too, as long as they’re willing to think like developers, which is the best way to think. So, we decided that anybody who wants to get with the program is welcome to join in our plan. And these sites serve their own communities of, you know, bicycle mechanics, or what have you, and make the world safer for the Programmer Way Of Thinking and thus serve programmers by serving bicycle mechanics.

In the five years since then, our users have built 133 communities. Stack Overflow is still the biggest. It reminds me of those medieval maps of the ancient world. The kind that shows a big bustling city (Jerusalem) smack dab in the middle, with a few smaller settlements around the periphery. (Please imagine Gregorian chamber music). 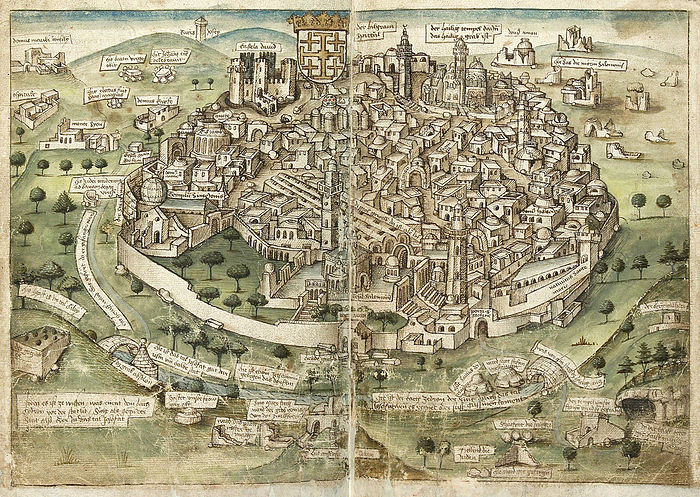 Stack Overflow is the big city in the middle. Because the programmer-city worked so well, people wanted to ask questions about other subjects, so we let them build other Q&A villages in the catchment area of the programmer-city. Some of these Q&A villages became cities of their own. The math cities barely even have any programmers and they speak their own weird language. They are math-Jerusalem. They make us very proud. Even though they don’t directly serve programmers, we love them and they bring a little tear to our eyes, like the other little villages, and they’re certainly making the Internet—and the world—better, so we’re devoted to them.

One of these days some of those villages will be big cities, so we’re committed to keeping them clean, and pulling the weeds, and helping them grow.

But let’s go back to programmer Jerusalem, which—as you might expect—is full of devs milling about, building the ENTIRE FUTURE of the HUMAN RACE, because, after all, software is eating the world and writing software is just writing a script for how the future will play out.

So given the importance of software and programmers, you might think they all had wonderful, satisfying jobs that they love.

But sadly, we saw that was not universal. Programmers often have crappy jobs, and their bosses often poke them with sharp sticks. They are underpaid, and they aren’t learning things, and they are sometimes overqualified, and sometimes underqualified. So we decided we could actually make all the programmers happier if we could move them into better jobs.

That’s why we built Stack Overflow Careers. This was the first site that was built for developers, not recruiters. We banned the scourge of contingency recruiters (even if they have big bank accounts and are just LINING UP at the Zion Gate trying to get into our city to feed on programmer meat, but, to hell with them). We are SERVING PROGRAMMERS, not spammers. Bye Felicia.

The sites are still growing like crazy. By our measurements, the Stack Exchange network is already in the top 50 of all US websites, ranked by number of unique visitors, with traffic still growing at 25% annually. The company itself has passed 200 employees worldwide, with big plush offices in Denver, New York, and London, and dozens of amazing people who work from the comfort of their own homes. (By the way, if 200 people seems like a lot, keep in mind that more than half of them are working on Stack Overflow Careers).

We could just slow down our insane hiring pace and get profitable right now, but it would mean foregoing some of the investments that let us help more developers. To be honest, we literally can’t keep up with the features we want to build for our users. The code is not done yet—we’re dedicating a lot of resources to the core Q&A engine. This year we’ll work on improving the experience for both new users and highly experienced users.

And let’s not forget Stack Overflow Careers. I believe it is, bar-none, the single best job board for developer candidates, which should automatically make it the best place for employers to find developer talent. There’s a LOT more to be done to serve developers here and we’re just getting warmed up. 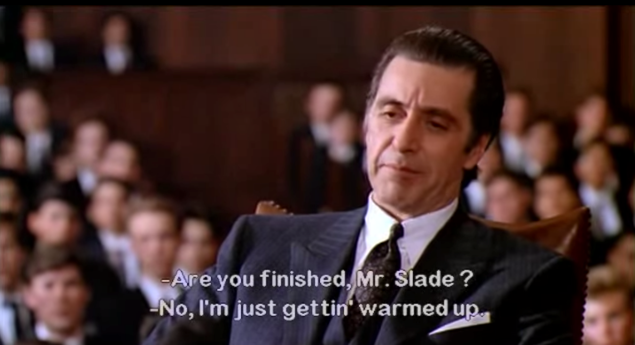 So that’s why we took this new investment of $40m.

We’re ecstatic to have Andreessen Horowitz on board. The partners there believe in our idea of programmers taking over (it was Marc Andreessen who coined the phrase “Software is eating the world”). Chris Dixon has been a personal investor in the company since the beginning and has always known we’d be the obvious winner in the Q&A category, and will be joining our board of directors as an observer.

This is not the first time we’ve raised money; we’re proud to have previously taken investments from Union Square Ventures, Index Ventures, Spark Capital, and Bezos Expeditions. We only take outside money when we are 100% confident that the investors share our philosophy completely and after our lawyers have done a ruthless (sorry, investors) job of maintaining control so that it is literally impossible for anyone to mess up our vision of fanatically serving the people who use our site, and continuing to make the Internet a better place to get expert answers to your questions.