Hi! I’m Steve Feldman, Senior Ad Ops Manager at Stack Overflow. My whole life I’ve been fascinated by advertising. Even as a kid, I wondered what a company was trying to tell me by using one word instead of another in an ad. Over time, I developed a strong (read: subjective) opinion of what makes an ad ’good,’ and what makes an ad ’bad.’ It took me many years– in fact, it wasn’t until joining the Ad Sales team at Stack Overflow– to finally figure out that the common thread shared by the best ads is relevance. Maintaining that relevance is how we’ve managed to avoid one of the biggest issues facing publishers today: ad blocking.

What’s the deal with ad blockers? 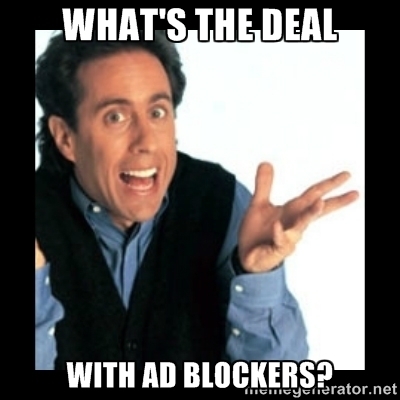 At this point, it’s pretty clear that ad blocking is a big deal. A recent study suggesting the advertising industry is set to lose over $22 billion in 2015 alone as a result of ad blockers is setting off alarm bells. That is a LOT of money. Companies are scrambling to ‘fix’ the ad blocking problem, as active users of ad blocking utilities hits nearly 200 million. But it’s not just that tiny stop sign in the toolbar raising alarms. Apple caused a panic when they announced that iOS9 would permit the use of ad blockers, as many see mobile ads are an important piece of revenue for the industry.

First, the ad industry went up in arms over ad blocking, offering suggestions like developing ways to deliver specific ads to users employing ad blockers. Then, they considered going after Apple when they announced iOS 9 would permit ad blockers. Later, they began asking users to turn off their ad blockers as a sign of good faith. That did not go so well for some. Finally, they prevented Ad Block Plus from attending an industry event. Through all of this, those of us at Stack Overflow sighed and shrugged our shoulders. Clearly, many in the industry just don’t get it. Publishers can’t win by forcing ads — especially low-quality ads — in people’s faces. But some in the industry do get it. Eyeo (the company behind Adblock Plus) outlined in their ‘Acceptable Ads Manifesto’ some strong ideas for how to improve digital advertising– not to mention the iAB’s L.E.A.N Ads program. While there is criticism for both of these solutions, the positive takeaway is that powerful organizations are finally moving toward addressing the problem. Reddit is proactive in their public outreach with their ads. Quartz is trying new and interesting ways to engage with users, to mixed reviews. I’m going to toot our own horn by saying that Stack Overflow started doing these things a long time ago via a numerous channels on our Meta sites for both Stack Overflow and Stack Exchange. 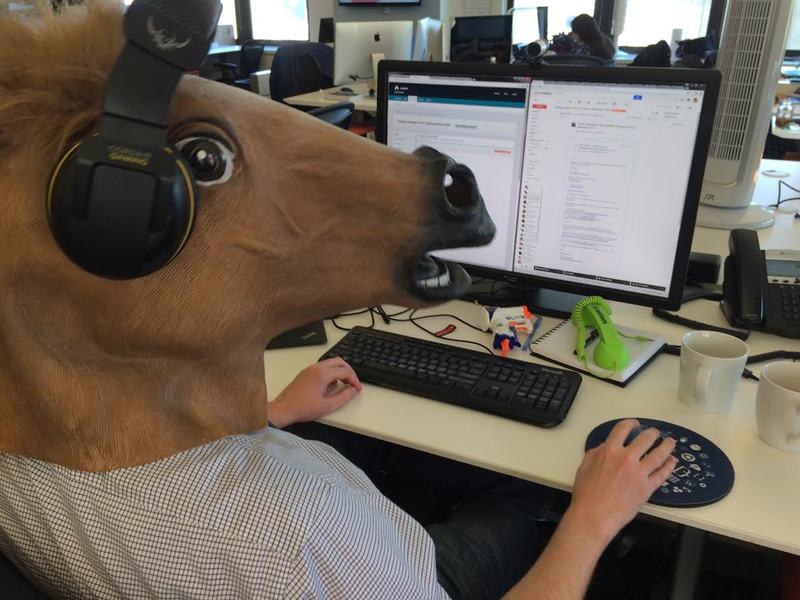 The display ads team grew from just two in 2012 to nine today. In that time, traffic on SO tripled, and sales have grown with it. One of the attractions for new hires on our team is the unique relationship we have with our users and the challenge that represents for a salesperson. We entered into an agreement with Stack Overflow users long ago that we wouldn’t subject them to low-quality ads. Think scantily-clad women selling flight deals, weight-loss supplement promos or wacky waving inflatable arm-flailing tube-men promoting car dealerships. But really: anything that doesn’t speak specifically to the Stack Overflow audience is not permitted. We also don’t accept rich media like animated ads, expandable ads, or video, which are the norm for most publishers today. This strict policy means we leave money on the table, but our team wants to protect Stack Overflow from those kinds of ads, as they run the risk of alienating that established trust.

Salespeople and campaign managers on our team do much more than they do at other companies. They’re more involved with a campaign from start to finish. From explaining to a new client how reputation works to working with ad ops to suggest a shift to a new and popular tag like [tag:swift] because it is attracting many new users. This may seem irrelevant to the ad blocking debate, but it’s not. It encourages edification and awareness for people who otherwise would have little or none, which in turn breeds respect and appreciation. This works for a new member of our team much better than simply saying ‘Stack Overflow is important for reasons x, y, and z.’ And they grow to learn over time what IDEs and SDKs are, and it’s remarkable to watch. This acquisition of knowledge really just means that our team cares about keeping ads useful and relevant on Stack Overflow. 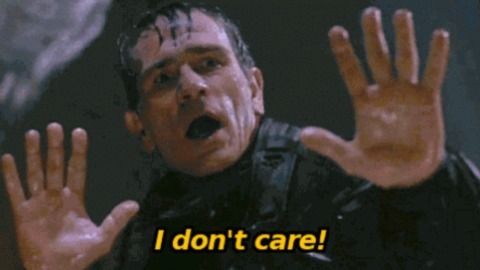 The truth is: we don’t care if our users use ad blockers on Stack Overflow. More accurately: we hope that they won’t, but we understand that some people just don’t like ads. Our belief is that if someone doesn’t like them, and they won’t click on them, any impressions served to them will only annoy them– plus, serving ads to people who won’t click on them harms campaign performance. That focus on relevance and performance arrives early in the QA process. Whether it’s our sales people explaining that ads must have borders, or our campaign managers checking landing pages to ensure they adequately inform, we are thorough.

An important part of the QA process is ensuring that not just the creative, but the advertiser is relevant to our audience. Every single ad to appear on any of our sites is vetted by the operations team. We check copy and content on the ads as well as the landing pages. What we repeatedly ask ourselves in this QA process is quite simple: is this relevant to users? ‘Kiss your hosting problems goodbye’ with a provocative image is not something we want on our sites, and I’m sure our users don’t either. The purpose of this heavy QA is to ensure that our users get the most out of their experience on Stack Overflow. The content* is helpful– why can’t the ads be the same?

This ad tries to be relevant, but falls on its face. Also it’s fake. Sorry, future herpetologists.

The Value of Valuing User Experience

User experience is always on our minds. Indeed, others believe that putting user experience ahead of revenue is a path toward long-term growth for publishers. As the chief revenue office of The Washington Post said, “…the product experience has to be every bit as good as the content.” Our approach is in harmony with that belief, as we keep ads confined to certain areas, and we permit users to downvote or close ads that they don’t like.* This allows users control over their experience. QA, curating content and advertisers, and a consideration of the user experience have been successful tools preventing ad blockers from hindering our growth.

The recent resizing of the sidebar from the non-standard, completely made up, for reasons unknown to us 220×250 to the industry standard 300×250 went through thorough research prior to launch. The problem boiled down to this: we wanted to increase the sidebar size, but wanted to ensure that the content wouldn’t be harmed in any way. Bret and the ad server team dug in and investigated screen size of every user across the Stack Exchange network and concluded that only about 2% of users would be affected by the change. As a result, we proceeded confident that our new increase in size would be a net gain for all involved.

Stack Overflow’s mission to make the world a better place for developers remains a central tenet for the Display Ads team. Everyone on our team considers the impact on our users in most of our primary functions. This dedication to keeping content relevant and beneficial to users is what makes the Big Scary Ad Blocking Problem not so big or scary for us. We want advertising to benefit our users and be a resource, not an eyesore. We want advertising on Stack Overflow to be better for our users and advertisers than anywhere else. I’m proud of what we’ve accomplished so far, and I’m excited to see what’s next.

*Special props to the sales support team, as they manage these functions but for the Careers sales team. This QA process used to go through the ops team on the Display Ads side, but it became too much for an army of two to handle. Sales support now consists of seven excellent support specialists.

If you want to get your company brand noticed, why not get a little adventurous?