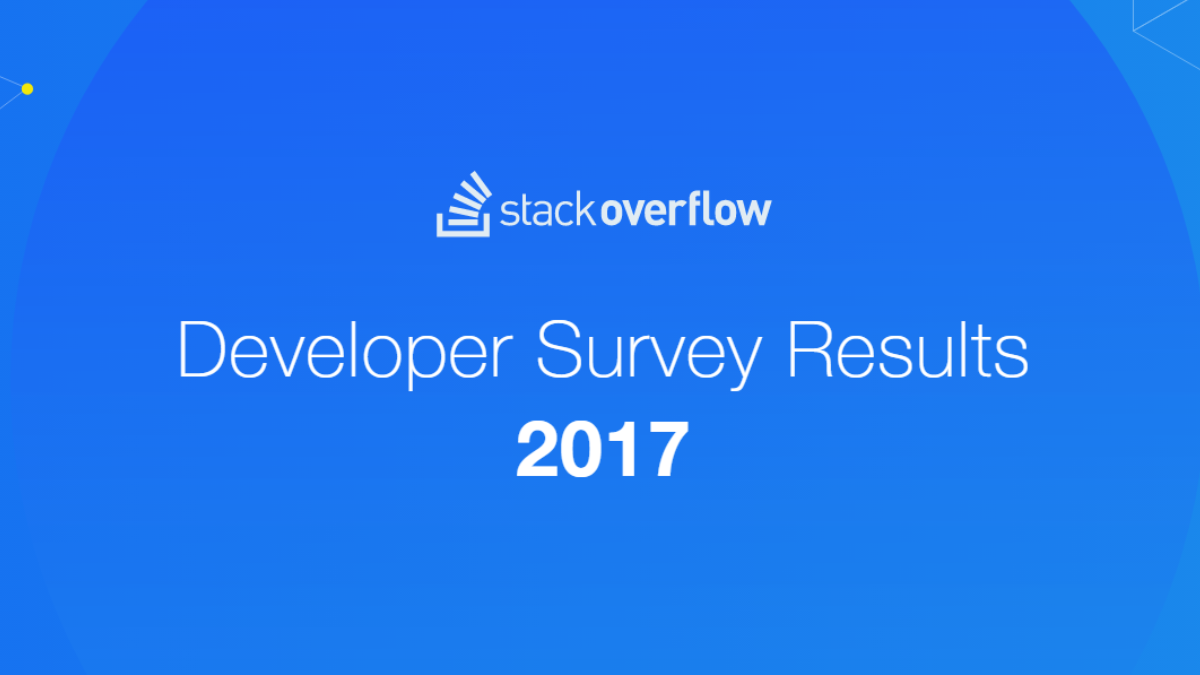 What do developers want? And how do they get the job done? Every year since 2011, we’ve asked developers these questions (and many, many more) as part of our annual Stack Overflow Developer Survey, the largest and most comprehensive survey of developers in the world.

More than 64,000 developers told us this year how they learn and level up, which tools they’re using, and what employers should know about working with developers.

Our first analysis of these results is now live.

Check out the findings now to see which technologies are the most popular, most loved, and most dreaded in 2017. You’ll also learn how much money different types of developers make on average, which benefits developers care about most, and how developers want their performance to be evaluated. You can even find out how developers prefer to pronounce “GIF”. Spoiler: 6% enunciate each individual letter (“gee eye eff”).

Why do we do this each year? As the world’s largest and most trusted community of software developers, we run this survey and share these results to improve developers’ lives: We want to empower developers by providing them with rich information about themselves, their industry, and their peers. And we want to use this information to educate employers about who developers are and what they need.

We learn something new every time we run our survey. This year is no exception: