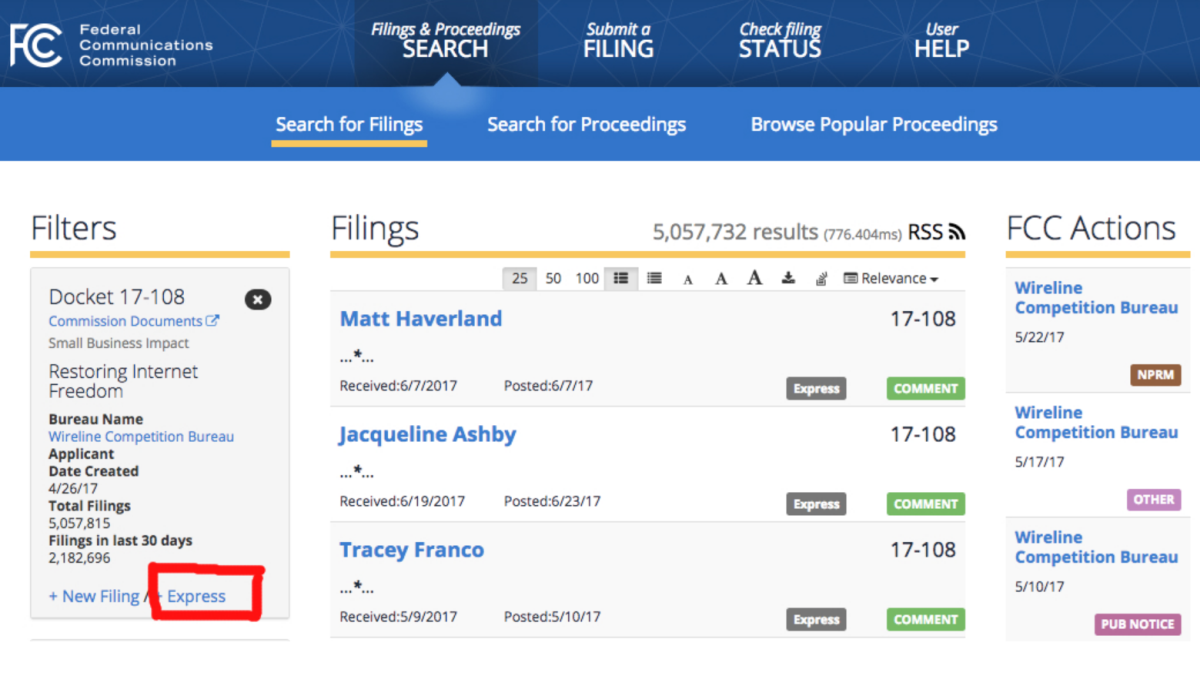 Because we believe all traffic on the web should be treated equally, Stack Overflow will join some of your other favorite sites from around the web including Netflix, GitHub, Reddit, and Amazon on July 12 for a day of action supporting net neutrality.

The goal of this day of action, organized by Fight for the Future, is to get regular friendly Internet users like you to submit your comments and concerns to the FCC about their plans to do away with net neutrality. In fact, you can do that right now by using Battle for the Net’s system or filling out a comment on the FCC’s page by clicking “Express.” 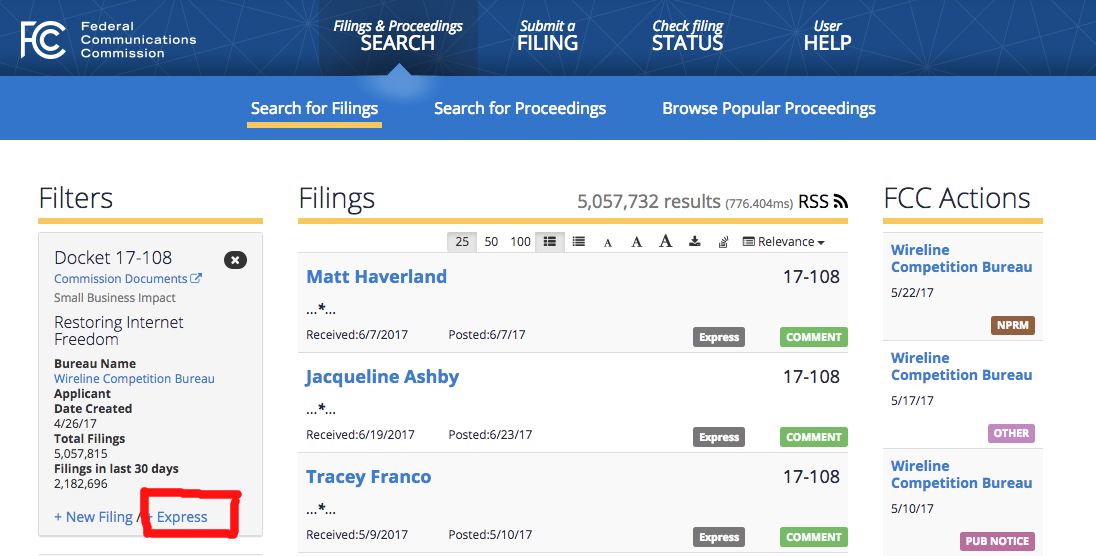 What’s This All About?

The short version: A few years back, the United States Federal Communication Commission, in response to numerous complaints and concerns, implemented a set of rules that prohibit Internet Service Providers from blocking specific content providers or charging them for access to their networks. Essentially, a set of rules that prevent your ISP from double-dipping on service you’re already paying them for, or blocking access to specific websites just for the hell of it.

In order to do this, they had to change how ISPs were classified, moving them from a “Title I” classification to “Title II.” And now, the FCC, under a new chairman, is proposing to roll back that change, which would then allow discriminatory treatment of Internet traffic.

This is a complicated issue, and sadly there is a lot of misleading information about it strewn around the ‘Net. The companion discussion to this post covers many perspectives on it in great detail, so please check it out before you make up your mind! For details on the technical aspects of net neutrality, please refer to this question on our Network Engineering site.

Why is This Relevant to Stack Overflow?

Hey, ain’t like we’re streaming video here, right? Downloading the entire archive of questions and answers on Stack Overflow would only use about as much data as watching 10 hours of Netflix.

But that’s not an accident. We’ve known from the start that performance is a feature and we’ve worked really hard to make the site as fast as possible. We know that when your livelihood depends on plowing through a bunch of questions looking for an answer that works, the milliseconds add up pretty quickly.

We put insane amounts of time, skill and money into making it easy and fast for folks to share information with one another. It’d be a real shame if that was all for nothing because some major ISP decided to shake folks down for more money.

And even if we could weather such a storm, even if it didn’t result in an Internet where interconnection disputes made even trying to run a fast site a crap-shoot, what kind of an Internet would that leave for the next programmer on a shoestring budget trying to build a fast new site? As tempting as it is to shrug and say, “I got mine,” the Internet has always worked because folks kept striving to do better – and had the opportunity to try. We owe it to the next generation to make sure that can happen.

How You Can help

First off, you can download and read the proposed rule-change from the FCC’s website. Yes, it really has the ironic name “Restoring Internet Freedom.” It’s a little bit of a slog, but I highly encourage reading through the filing if you can spare the time – particularly the incredibly selective “Background” section.

Then you can file a comment on the proposal. You can do this directly from the FCC’s website (or browse others’ comments first if you prefer), but I highly recommend using that site I linked to above: https://www.battleforthenet.com/ – it’s a lot less clunky, and automatically forwards your comments to your senator and representative. Which is helpful, since if you read that proposal you know that the big underlying problem we’re facing here is that the FCC is trying to work with a framework of laws that predate the Internet as we know it. Getting the folks who make the laws on board ain’t a bad idea here.

I have Strong Opinions on this post, how it relates to Stack Overflow, and Net Neutrality in general

Great! Let’s hear ’em. Instead of yet another mess of blog comments that no one reads, I’ve kicked off a discussion over on Meta: – please join in!

If you’re building a new app today, it might be worth taking a closer look at making it cloud-native and using Kubernetes from the jump. The effort to set up Kubernetes is less than you think. Certainly, it’s less than the effort it would take to refactor your app later on to support containerization.

After two decades of crafting code, even solo developers need good comments to understand what they wrote in the first place.

Welcome to ISSUE #100 of The Overflow! We think that’s a pretty big deal, but everyone using binary isn’t as impressed. This newsletter is by developers, for developers, written and curated by the Stack Overflow team and Cassidy Williams at Netlify. This week: systematizing the interface design for 3D spaces, a quirk of document.all that shows up when…

Welcome to ISSUE #106 of The Overflow! This newsletter is by developers, for developers, written and curated by the Stack Overflow team and Cassidy Williams. While we are on holidays this week, please enjoy the first half of our top ten blog posts of the year, the final podcast of 2021, and the fallout of the…