After months of work from our dev team, last week marked the official launch of our first localized site with Careers 2.0 in German. We celebrated the occasion in style on December 5 with a blow-out party at Betahaus in Berlin complete with product demos, free food, free t-shirts, oh, and German beer of course.

But why Germany? Well, aside from the fact that it gave us a great excuse to make these really cool t-shirts, we have a few other pretty good reasons for this expansion:

We have more than 3,600 German candidate profiles in our Careers 2.0 database, and in a job market where German tech hiring needs have more than doubled in the past three years, programmer jobs are in hot demand. (In fact, a couple of guys even showed up to our launch party wearing QR code t-shirts in their search for a developer.) Making a German site will hopefully give these candidates even more exposure to all great local companies—not just those who have a hiring manager who speaks English.

It’s been estimated that 11 billion Euros are lost in possible output because German companies can’t hire enough engineers. And as the world’s largest resource for programmers (Google analytics counted more than 30 million unique visitors last month!), we hope to help solve that problem by connecting companies with the software developers they need.

If you log onto careers.stackoverflow.com/de, you’ll be prompted to pay for your job listings in Euros. If you’ve ever tried to buy something on a site in a foreign currency, you know what a pain it can be to deal with the exchange rates and credit card fees. Now we’re just more accessible for a lot more people. (We’re also now accepting the British Pound on the UK site.)

All in all, it’s been a great project for our team (though also a difficult one, as you’ll hear about in a future blog post) and localizing the site was an important way for us to support the German-speaking community on Stack Overflow.  As always, we’re open to hearing your feedback, so let us know what you think. 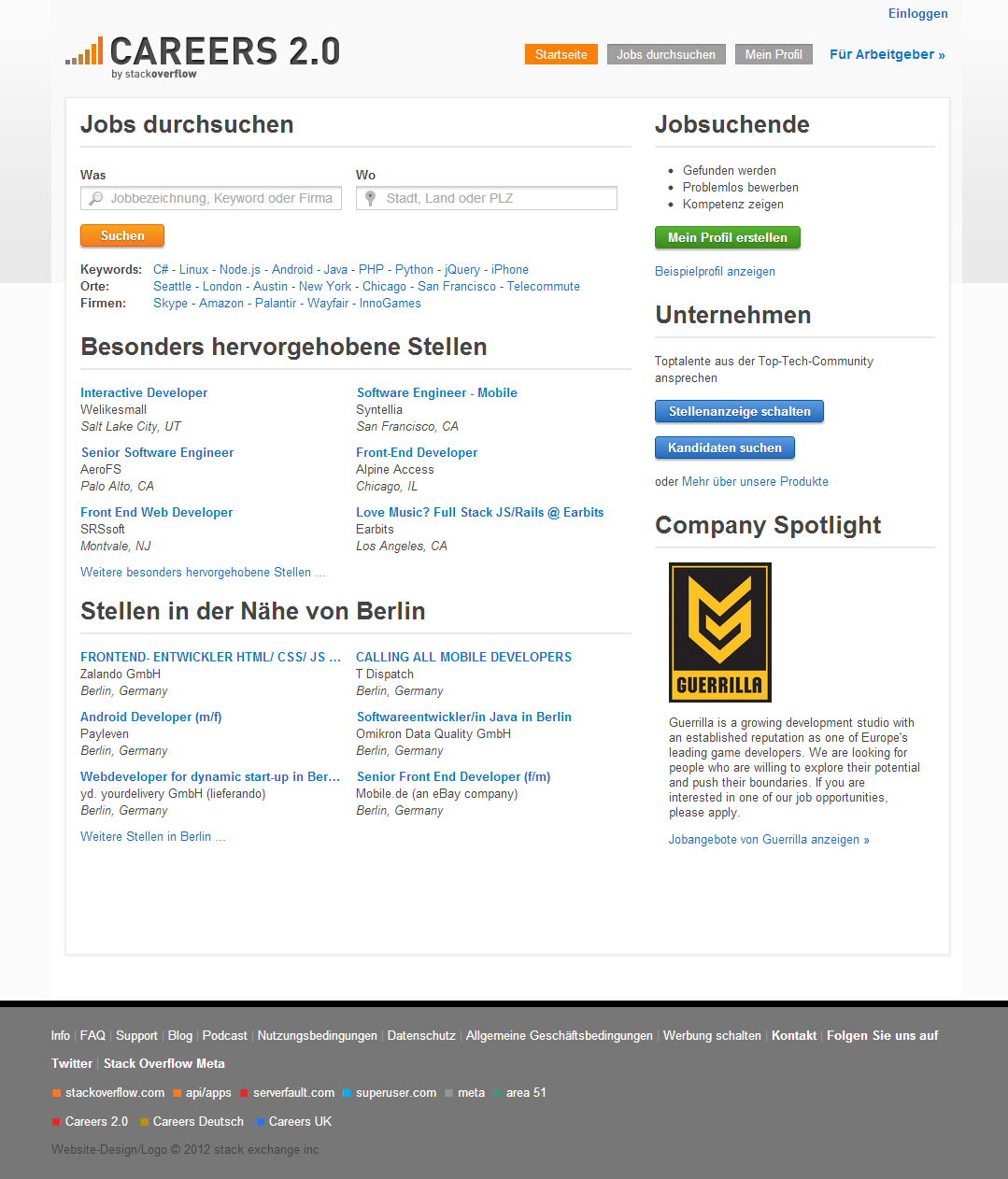 P.S. We know we missed some things, so if you speak German, feel free to check out the site and let us know what we still need to fix.