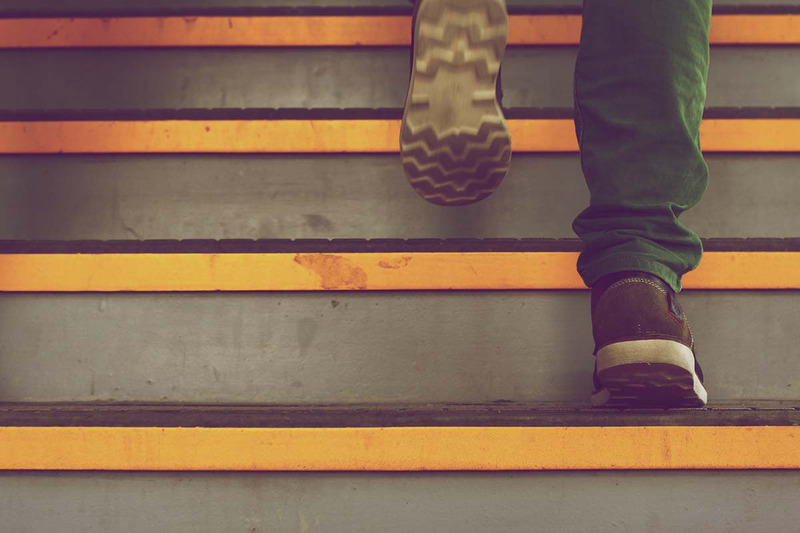 I started working at Stack Exchange (which many know for/as Stack Overflow) as a software developer just six weeks ago. This (lengthy) post is about a number of things: what it was like relearning a lot of what I know about web development, the challenges and resources I encountered doing so, and a few pointers others might benefit from on-boarding on a new development team.

I think to grasp what this experience was like, it’s useful to have some context. I won’t go into all the details about joining (that’s a whole other story), but just the necessary bits. Before I joined Stack, I was working at a Big Four consulting firm in their technology division straight out of college. After I built Bento, I had the opportunity to join Stack, and I took it. What’s also important is that I’m a self-taught developer. Pretty much everything i know is through online tutorials and some books.

Here’s a quick breakdown of the technologies I was used to before I joined Stack, and what I had to pick up:

What I was used to

What I was learning

Fortunately, I spend a lot of my free time thinking about how to learn new technologies. I know I learn best through video tutorials, and I went to my usual source for learning established platforms: Lynda. They have excellent courses on C# and .NET, and I was spending most of my first week going through those videos and following along. This wasn’t nearly as difficult as I thought it was going to be. I’m of the opinion that most programming languages are conceptually pretty similar, just with different syntaxes and tools: arrays are now lists, for loops are largely still the same, there are a few more features for OOP, etc. The same goes for web frameworks: there are still the basic concepts around routing, templates, and deployment. An excellent testament to this thinking is Learn X in Y Minutes, a resource I feature extensively on Bento.

Another major hurdle was changing development environments. For the first few weeks I was using a co-worker’s previous machine, and half the battle was just getting everything set up and learning my way around the tools available. Stack is pretty heavily Microsoft-based, and even switching over to a machine running Windows 8 caught me off guard at first. I missed the terminal window and Sublime Text and all the other tools I was used to. But after those two weeks, I was pleasantly surprised by how quickly I could adapt. There are still some things in Visual Studio that I wish I had from Sublime (I really miss Cmd+D), but I’m sure there’s still lots to learn about VS that will make me just as or even more productive than before.

One of the largest hurdles was switching database technologies. Of course, I knew what relational databases were and how they worked having used LAMP for a long time, but getting back into the swing of things after a few years proved difficult. SQLZoo was a great resource for relearning some database basics, and picking things up was kind of like getting back on a bike you left in your garage for a while.

Overall, in terms of learning, it was very similar to picking up any other stack I’ve wanted to. I think the biggest takeaway was just taking a peek at a faction of development I didn’t really touch, and for some others, even shunned. I was switching sides on some age-old wars: Mac vs PC, dynamically vs statically typed languages, unstructured vs relational databases – and I have to say I’ve been extremely impressed by how efficient everything is. As much as it may have pained me just a few months before to say this: I think Microsoft-based stacks get a pretty bad rep that’s not entirely deserved.

At this point, I felt pretty comfortable in the technologies in their “platonic” form, but I still didn’t understand how everything was organized in Stack’s actual codebase and configuration. Learning C# and .NET was just the beginning. Figuring out how it was done to make Stack Overflow what it is…that’s s a completely different adventure. There are a number of different teams that work on different parts of the site, but I work specifically on the Careers team. It’s newer than the core of the technology running the Q&A sites, and luckily there are more developers physically on site that I could poke when I had questions. Since I was working on an exercise project, it gave me plenty of time to explore and experiment without breaking anything. I also made the critical decision to branch the whole codebase and work inside of the existing environment for my project. Learning C# and .NET in an isolated way was not going to help me – what I needed to know was not about the technologies per se: it was about Stack itself.

Basically, the questions I had at weeks 3 & 4 were about how we did things: What data are we indexing in elasticsearch? What does this column in this table mean? How are things distributed on the CDN? etc. A lot of this was how Stack was doing their version of the technologies we were on – things I could only learn by asking a lot of questions and wandering around the codebase for.

Another thing was picking up style. One of the things you can’t get just by borrowing from another language was best practices around a particular platform. Sure, I still avoid repeating myself and try and write efficient code, but I needed to figure out how to follow those principles in a new environment. When should I use an array versus a list (should I ever)? What’s the best way to serialize an object into JSON in C#? Those were things that, of course, Stack Overflow itself was helpful for.

The most important thing after scouring the internet and bothering my coworkers: mimicking. There was already a lot of code that I could study, and simply by following the conventions that were already followed in the existing codebase was incredibly useful. When you start noticing that “var” is used more often than you’d think, you start using it. When you notice that you need X, Y, and Z classes and interfaces to render a particular route, you start doing that with your own routes. By emulating and experimenting, I picked up most of the knowledge I needed.

It was now time to jump off the deep-end. Stack has come up with something pretty ingenious to handle immediate issues. Every week, there’s a rotation where one member of the team is assigned bug duty, and their main responsibility is to fix problems that come up on Meta, monitor the logs, answer sales requests, and anything else that needs to be attended to immediately. You drop everything.

After four weeks, it was my turn.

For the first week, I had the help of another dev while I was tracking which bugs were coming up on the site, and getting a feel for all the monitoring systems we had in place. The week after, I was in the front line. This was a great opportunity to touch many of the dark corners of the codebase I hadn’t been exposed to (and quite frankly, a little afraid to touch). It also gave me a chance to get real changes on the site, and in some cases, in rather significant ways. During my down time, I was busy setting up a completely different environment on my Mac that finally came, as well as putting finishing touches on my exercise project. There were a lot of moving parts that week.

I’ve really enjoyed my time here so far – I can’t say enough good things about working at Stack Exchange. I think that the on-boarding experience is much better than a lot of other places I’ve been exposed to, but there are a few things that I think would have been interesting additions:

That’s it! Of course, there’s still plenty for me to learn in all of these areas, and I’m not yet Jon Skeet by any means. Hopefully, this will give some people insight on what the experience is like joining Stack and help those of you starting off somewhere new as a developer.