Each month we’ll be featuring a short interview with one of our very own employees here at Stack Overflow. You’ll learn how they came to Stack Overflow, what projects they’re currently working on, and why they love working here.
First up is our Marketing Manager, Customer Happiness Bethany Marzewski. 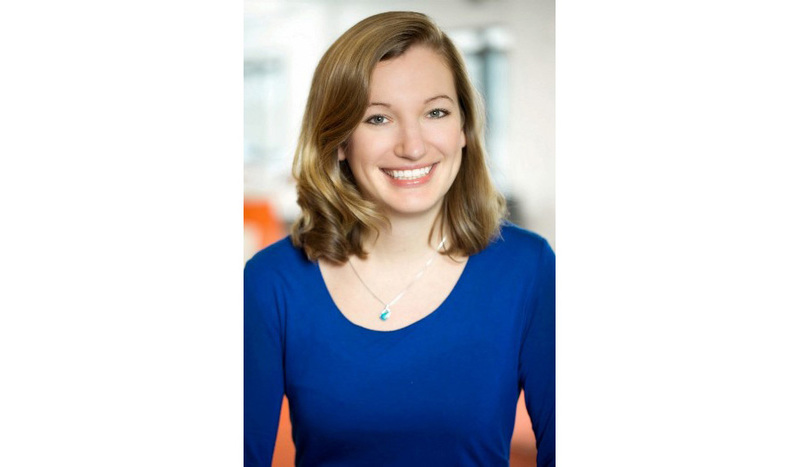 How long have you been at Stack Overflow? I started on the sales team in February 2012.

How did you end up working at Stack Overflow?

I first read about Stack Overflow from a Northwestern alumni email list that I’m a part of. A current Stack Overflow employee, Rachel Boyman, sent an email to the group with the subject line, “My (awesome) company is hiring!” At the time when I read it, I had been working as an editorial assistant at Prevention magazine and I thought, “Oh, sure. I’ve seen that line before…” so I didn’t respond right away. But about a month later, after yet another round of layoffs at the magazine, I realized that it was probably time to shift out of journalism permanently. And something in her email had stuck with me. I emailed her back and asked if they were still looking. She grilled me a little on why I was leaving the journalism world and why it took me so long to respond. I apparently passed the test with my answers, and she passed my contact info along to the manager later that day. The rest is history!

What big projects are you currently working on?

Right now, I’m working on several projects that will give us a better understanding of how customers perceive our products with Stack Overflow Careers. Together, with marketing, sales, sales support, and sales operations, we’re gathering as much information about our customers as we can. What support tickets do we see coming in the most often and how can we interpret this data? What does our sales team perceive to be the most common pros and cons about our product? What do customers think about some of the new features that we are rolling out currently? For customers who haven’t renewed with us, what can we learn about this group? After collecting all of this data, we’re going to take a look at what parts of this experience we can improve with better training, better onboarding, or tweaks to the product itself. It’s a wide open project with little definition at the start, which is my favorite kind. 🙂

What is your favorite part about working at Stack Overflow?

I like that Stack Overflow truly gives you the tools and resources at your disposal to make the most of what you want to do here. You’re not boxed into a job title, a role, or a routine. I love the agility of a company where you can start with an idea one day and start executing on it the next. One of the most rewarding examples of this recently has been the projects I’ve been involved with as a part of the DIP committee (Diversity & Inclusion Panel). I really enjoy having a chance to work with people at other companies, and Stack was very supportive when we co-produced the first ever Diversity Summit with Kickstarter at Union Square Ventures. Based on the contacts and connections I made from that event, we launched Beyond Coding this year as a partnership between Stack Overflow, Tumblr, Kickstarter, Foursquare, Trello, and Crest. It’s been an unbelievably rewarding project that will hopefully culminate with us getting emerging developers in New York City a foot in the door to their first roles in technology.

Outside of Stack Overflow, what are you working on? What hobbies do you have?

Have I told you about this amazing new Broadway show, Hamilton? Okay, so there’s this guy, right? His name is Alexander Hamilton. You probably know him as a stodgy old revolutionary who did boring stuff like create the first national bank. But then, 250 years later, there’s this other guy, Lin-Manuel Miranda, who reads a biography of Hamilton his honeymoon and decides to turn his story into a hip hop musical about his life. Then you realize, “Oh wow. The revolutionaries of yester-year were just like you and me today. And this guy, Hamilton, was actually sort of like a modern-day Elon Musk in the way he looked at the world.” Anyway, it’s literally a game-changer and has inspired a lot of the decisions I’ve made in the past year. Go see it. Also, disclaimer: My boyfriend works on the sound team for the show. (If you ever want to see some of the cast, check out Glass House Tavern on Saturday nights at 11 p.m.) It’s really fun to have one foot in the door in the Broadway world, though it does mean a lot of late nights. Other than that, on weekends, you’ll probably catch me museum-hopping or doing a crossword puzzle at an outdoor cafe on the UWS.

To keep up with Bethany, you can follow her on https://twitter.com/bethanymarz“>Twitter.