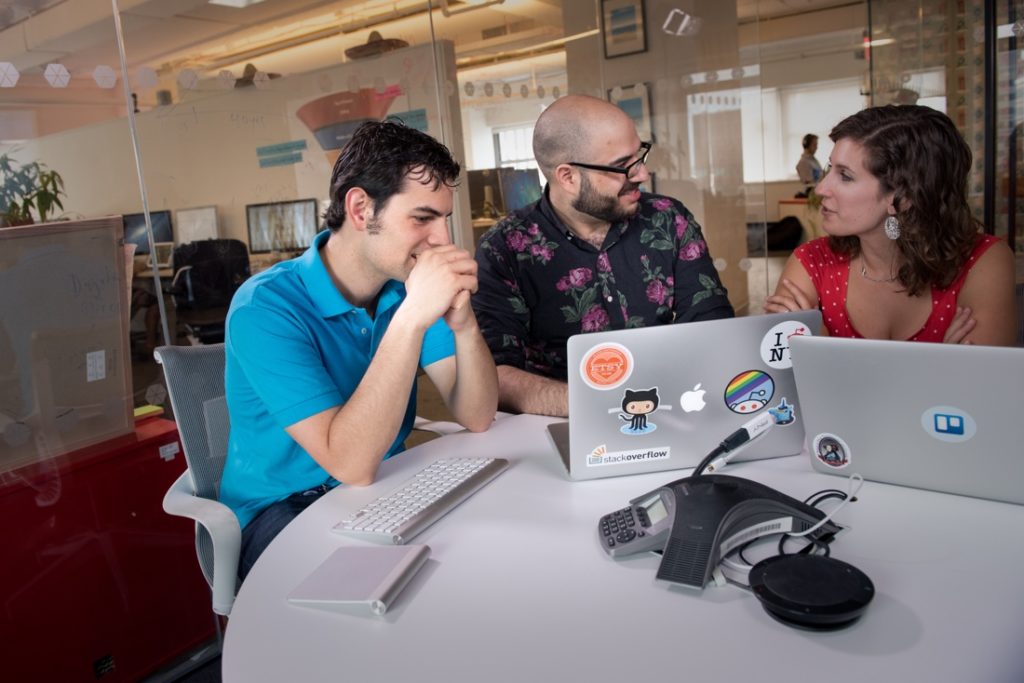 We live in a time when software developers change jobs every 12 months.

Usually, about two years into a job, I start dreaming of greener pastures with better pay and more interesting work. Working at Stack Overflow has been the exception to that rule. In the wake of the recent Amazon exposé and my 2 year work anniversary, I’d like to share some thoughts about what it’s like working at Stack.

Some background: I am not one of the founding developers of Stack Overflow. By the time I arrived in August 2013, the core Question & Answer (Q&A) team (our most popular product) was well established; the site had been around for four years already.

During the two years I’ve worked at Stack Overflow, only three web developers have left the company. Of the three, two of them left to work on a startup, and one of them – Matt Jibson – went to work on a technology stack he was more interested in. The day he left, Matt tweeted:

Our lack of turnover speaks for itself.

During my two years at Stack Overflow, I have gained a solid understanding of its many facets. I’ve learned about our mobile apps, our core Q&A product, our technology stack, the Stack Overflow Careers product, and even sales. However, I feel I’ve barely begun to make an impact on the company.

Having spent a year and a half on the mobile team, I recently decided to change teams, eventually finding a balance of fit and interest in our Careers product.

Tenure with a company is extremely valuable for both parties. You build trust and rapport with your co-workers. Today I feel comfortable and familiar with all of my fellow developers, product managers, and even the VPs and “C-level” execs (who are very accessible). On a typical day, I’ll talk to sales representatives in the morning while making espresso, chat with our office managers and assistants, and say hello to our incredible chefs. I would talk to the walls too, if only they’d give me interesting insights about the company. I’m working on that.

Some business folks that I’ve worked with in the past don’t like to talk. Isn’t it better to be secretive about your work and get ahead of your co-workers in this dog eat dog world?

We have a good answer for that. In the book The Five Dysfunctions of a Team, Patrick Lencioni explains that many of the basic problems of a modern team are structured in a pyramid. It’s similar to Maslow’s hierarchy of needs, but from a corporate perspective. At the base of Lencioni’s pyramid is the absence of trust: 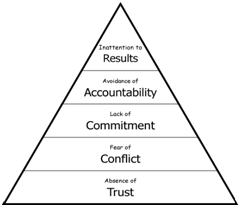 Clearly, if you don’t trust each other, the bottom dysfunction isn’t resolved, and thus the upper dysfunctions just crumble under a bad foundation. On the other hand, when you do trust people you work with, you can avoid feeling any of the following:

This means that the best ideas in a dysfunctional company are never shared. People are afraid to speak their mind freely, and thus the flow of information (which is essential to a business’ success) is slowed down.

For me, trust has led to a deeper knowledge of the organization, its products, and our business goals which allows me to work with confidence and propose ideas without fear. I would never have gained that knowledge without communicating with my co-workers. I recall many talks shared over lunch where I listened intently and asked lots of questions without being afraid of appearing dumb.

In my case, developing trust has been key to my success. I am proud to see a few recently hired co-workers who are more trusting than I was, and therefore are having an impact on the company sooner than I had. By letting yourself become vulnerable, you begin to build trust with others.

This is what we do at Stack. We make sure people aren’t afraid to challenge each other, and are comfortable in constructive conflict. Challenging a co-worker that you haven’t built trust with can seem aggressive and cut-throat, because she or he isn’t sure of your motives.

Side thoughts:
I’m sure I’ll read this post in 10 years and laugh, but right now it’s hard to imagine finding a better place to work. Actually, I hear this a lot in our office. People regularly quip, “I never want to leave”. When the company’s mission is about serving the software developer community and creating a healthy community of learning, it stands to reason that the company will treat, not only its developers, but all of its employees in a fair and humane way. Stack does this by giving its employees all the tools that we need and simply getting the hell outta our way.

Want to work with me? We’re hiring.