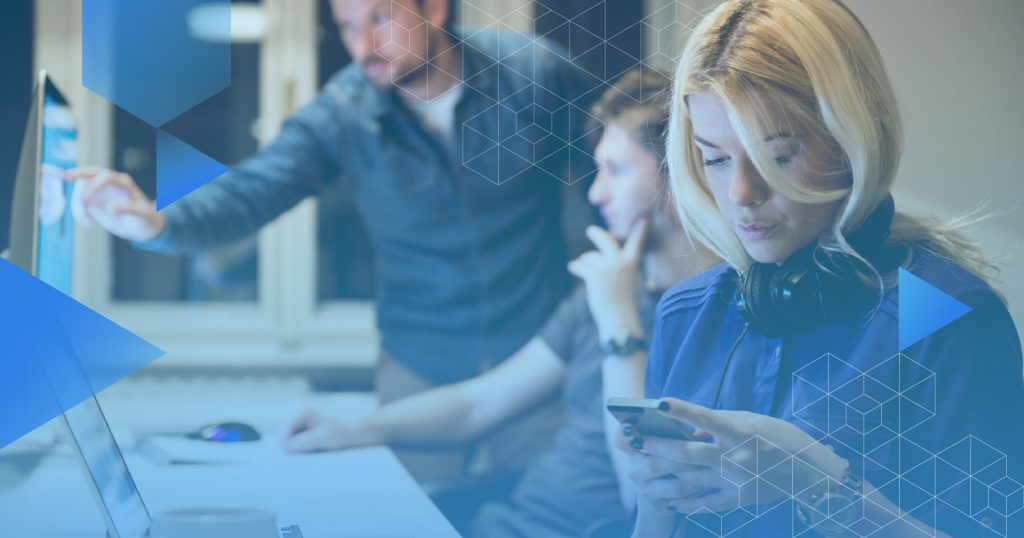 In honor of Google I/O 2017 and the launch of the official Stack Overflow mobile app, we on the Stack Overflow Insights team are sharing a look at the fast-paced history of mobile application development.

We can do this with the recently released Stack Overflow Trends tool, which lets us examine what mobile-related technologies have been growing and shrinking in developer activity, and gives us a glimpse of what the future might look like.

The vast majority of Stack Overflow questions about mobile development come down to the Android and iOS platforms. 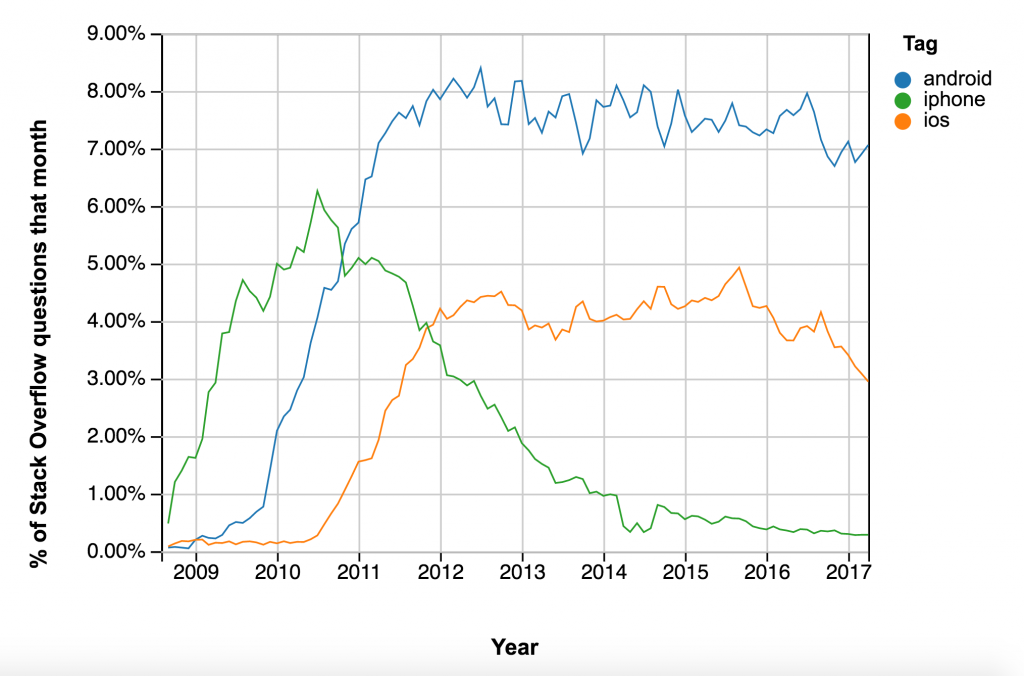 Apple launched the iPhone App Store in June 2008, just a few months before Stack Overflow was founded, and we see a rapid growth in questions with the iPhone tag during the site’s first year. Apple rebranded the iPhone’s operating system to “iOS” in 2010, which meant the iOS tag soon replaced “iPhone.”

In the meantime, the Android operating system, released the same year, steadily rose in usage among developers, until by 2012 it made up 8% of the site’s questions. Since then, the two platforms have stayed steady over time, with the Android platform typically getting about twice as many questions per month as iOS.

The Trends tool lets us explore particular tags related to these platforms. 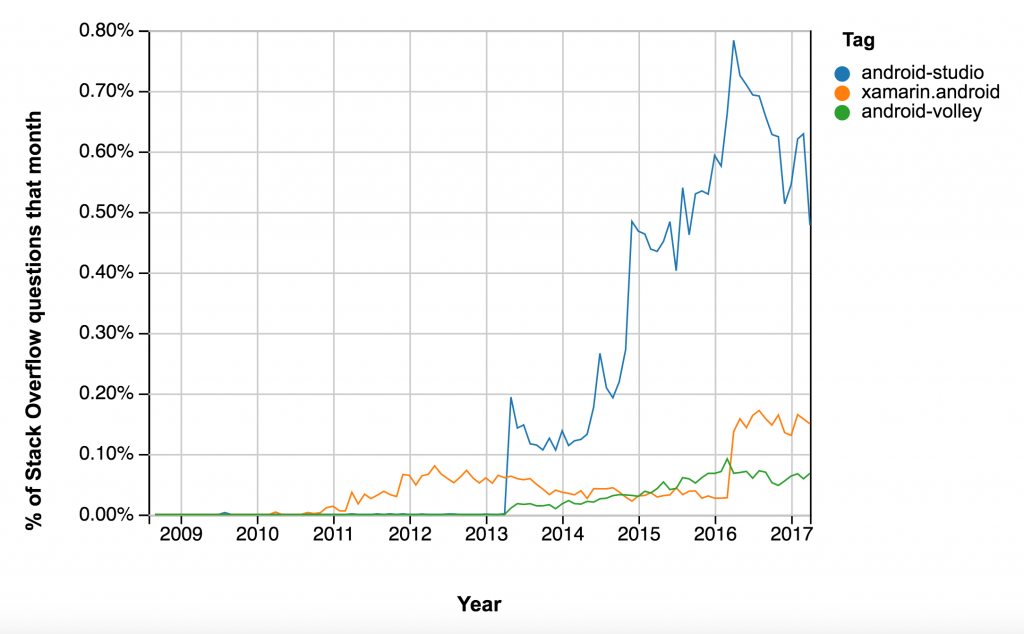 Within Android development, one notable shift was the introduction of the Android Studio IDE in 2013, which quickly became one of the most asked about tags related to the platform. There was also a quick expansion of interest in Xamarin for Android when Microsoft bought Xamarin in 2016. We can see Google’s Volley library for HTTP connections maintain a small but steady level of interest in the last few years. 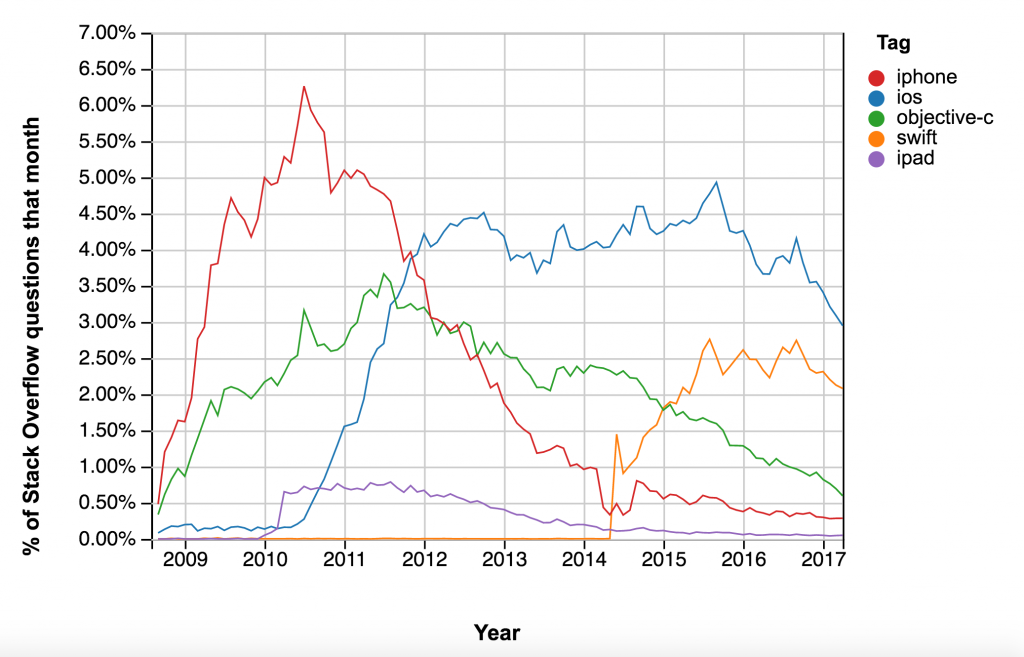 Besides the shift from the “iPhone” tag to the “iOS” tag, we can see other relevant developments in the iOS ecosystem. When the iPad was released in 2010 the iPad tag attracted a burst of questions, but as of today most questions are simply about the “iOS” tag.

Perhaps the most notable change is the shift from Objective-C to Swift. Questions about Objective-C peaked in 2011, but have been declining in frequency since. Thanks to Apple’s 2014 promotion of Swift as the primary language for iOS development, it has become one of the fastest growing programming languages on Stack Overflow.

Neither Blackberry nor Windows Phone ever got the traction among app developers that Android and iOS did. (Note that Windows Phone questions are usually tagged with the specific version, such as Windows-Phone-7, rather than the raw Windows-Phone tag). 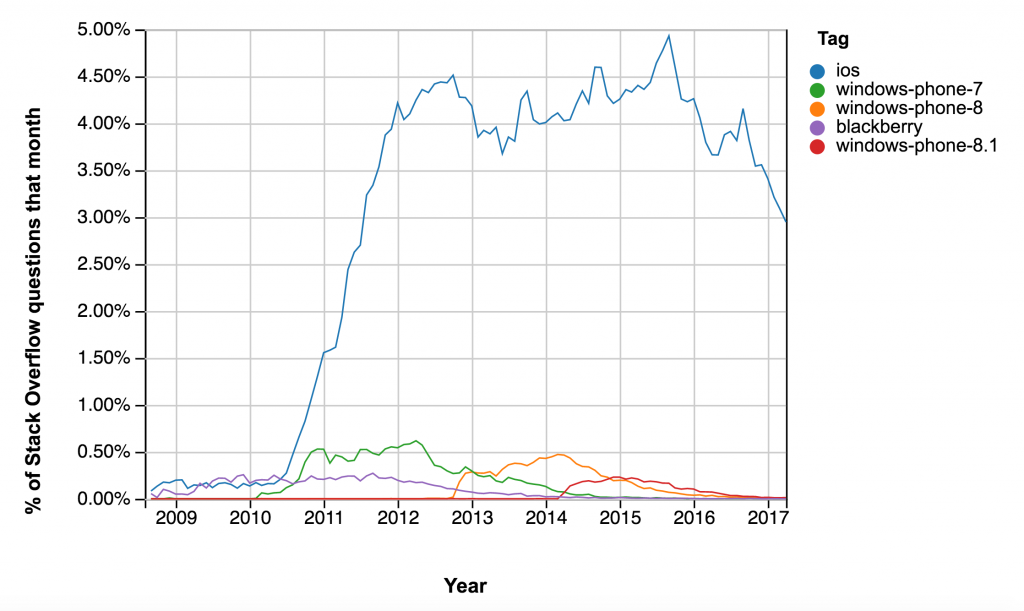 We can see a small burst in questions about Windows Phone 7 development in 2010 when the platform was introduced, then smaller bumps for 8 and 8.1, but the interest wasn’t sustained, and as of this month they make up only about 1 in 10,000 Stack Overflow questions. Blackberry development makes up an even smaller portion of questions and effectively disappeared by 2014.

There are several increasingly popular tools for developing cross-platform applications that can be deployed on both Android and iOS. 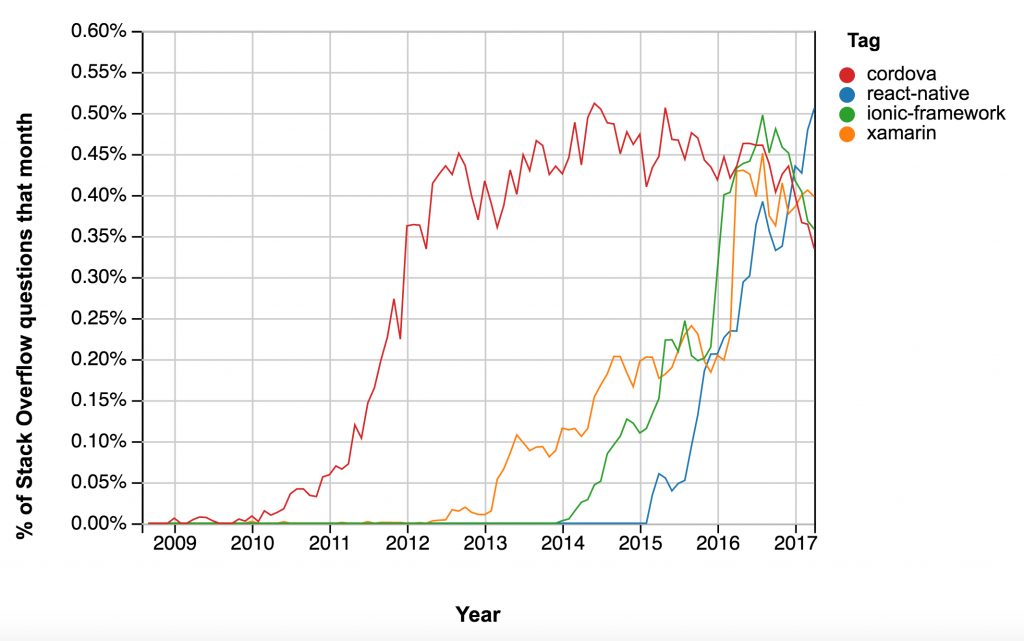 Cordova (formerly PhoneGap) was one of the earlier cross-platform frameworks, and it was the most popular in terms of Stack Overflow questions until Xamarin caught up with it in 2016. You can see a sudden bump for Xamarin right when it was bought by Microsoft.

More recently the Ionic framework, built on top of Cordova, has gotten a surge of interest. And even more recently, Facebook’s open source React Native package has shown rapid growth to catch up with the others; it’s among the fastest growing tags on the entire site.

These frameworks still get an order of magnitude fewer questions than the general iOS and Android platforms, but these trends still indicate that there’s a lot of developer interest in cross-platform applications.

Backend as a service

One shift that interested me was between two backend-as-a-service products often used with mobile applications, Firebase and Parse. (Other related tags, such as PubNub, don’t yet have quite enough questions to be included in the Stack Overflow Trends tool). 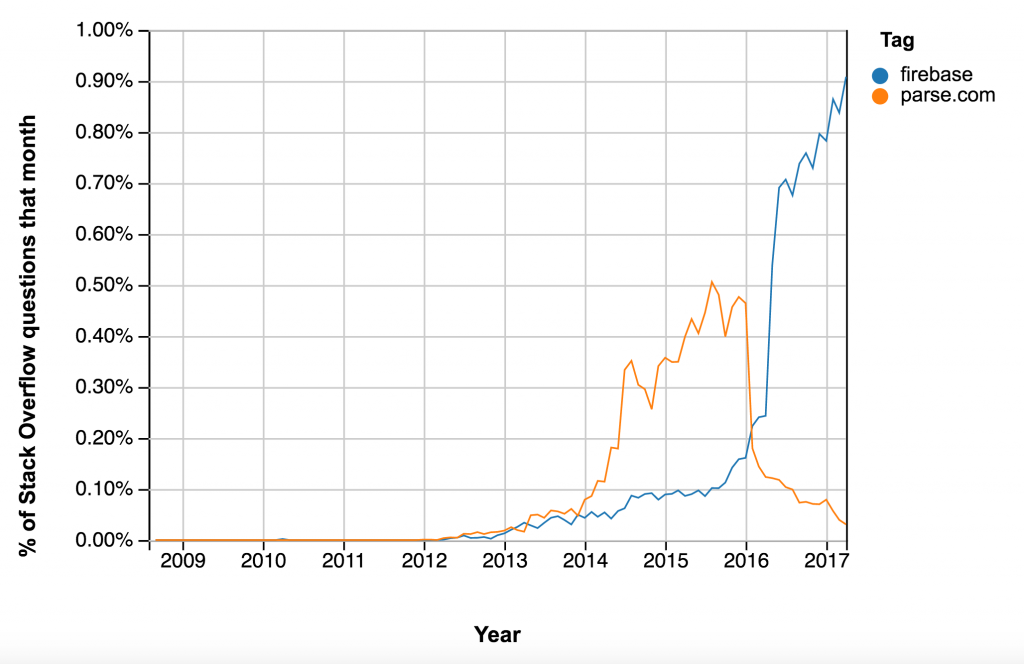 Facebook purchased Parse in 2013, and in the years afterwards the number of questions about the platform grew substantially. When Facebook announced they were shutting down the platform in January 2016, we see questions dropped immediately, and continued to decline over the next several months. Four months later, Google launched an expanded version of the Firebase platform, and the number of developers asking questions about it skyrocketed.

The two events weren’t strictly related (though others have noticed the connection) but it’s still interesting to see how these seismic shifts in developer technologies can occur. Though it depends on how one measures it, the sudden drop in Parse and the rise in Firebase are two of the biggest month-to-month shifts in a technology’s questions in Stack Overflow’s history.

If you’re interested in exploring languages, technologies, or frameworks that weren’t discussed in this post, you can use the Stack Overflow Trends tool to discover how the developer ecosystem is changing and where it might be going in the future.

If you’re looking for job opportunities with these frameworks, check out the latest mobile developer listings.