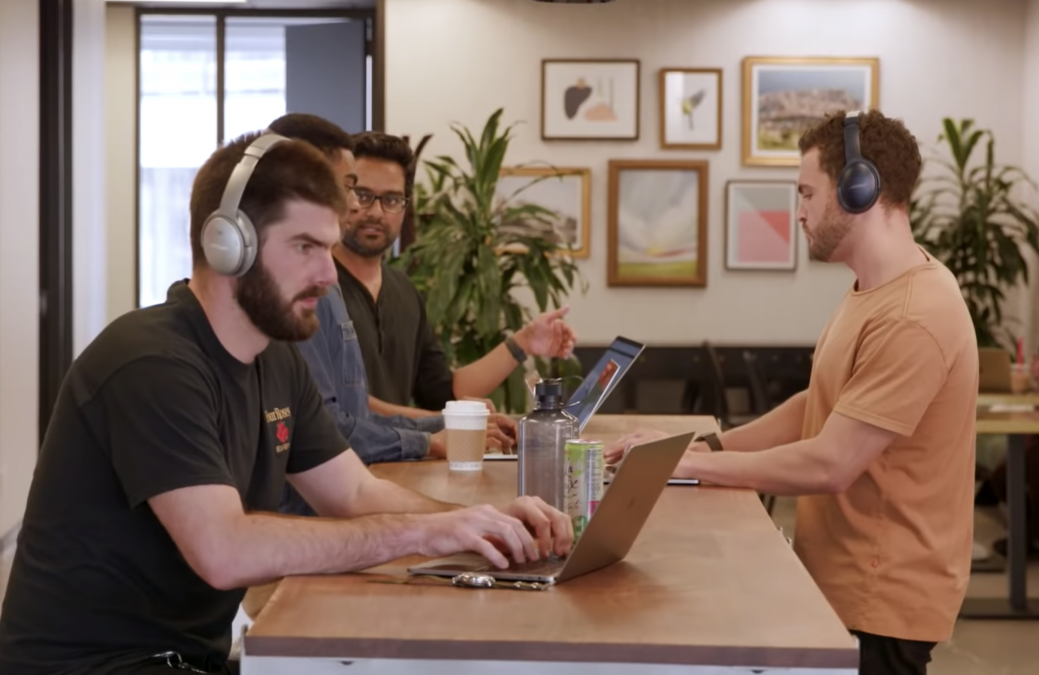 A lot of companies talk about having a flat organization, but few take the approach as seriously as Expensify. The firm operates on two simple maxims:

Get s**t done
Don’t ruin it for anyone else

Engineers can come in and choose what they want to work on every day, which means there is a constant dialog between coworkers trying to understand one another’s code. That involves lots of face to face conversation, email chains, chat rooms, and direct messages. “People ask questions on GitHub and Slack, and those can get lost,” said Nikki Wines.

There aren’t a lot of titles or managers, which means developers need to rely on one another. To help onboard new hires, the team created a wealth of documentation, but it wasn’t easily accessible. “Our documentation at Expensify has been…fairly terrible in the past,” said software engineer John Lee. “People would rather talk to someone with more knowledge than to go search through all these pages of documentation we wrote.”

Over the last six months, the team has also begun using a new tool: a private version of Stack Overflow where they can exchange questions and answers and vote on the best information.

“Any programmer knows how to use Stack Overflow, so to have it applied to a single code base is just that much more valuable,” said Brandon Meeks. It’s been integrated with Slack, so that when a new question appears the whole team gets notified and people with the best answers can immediately respond.

Expensify wants programmers to feel empowered to work on any project, and Stack Overflow has made that easier. “Everyone has a certain amount of code base that they are familiar with, but sometimes you might know about an issue much more deeply than the so called subject matter expert,” said software engineer Ira Praharaj. “It gives an open opportunity to everyone who has the knowledge to share it, and there is no bias.”

“I don’t have to go through the hassle of finding someone who knows the answer, figuring out if they’re available or online, and then talking to them. That conversation has already happened on Stack Overflow,” said Meeks. Engineers across the company estimated they were saving between two and three hours a week that had previously been devoted to hunting down knowledge.

The tech team was the first division to adopt Stack Overflow, but it didn’t stay contained to them. “As we started to use it and see how nice it was to have a repository of information, we started to see it spread to other teams,” said David Drake. “Our customer support team started using it, our people success team started using it, next thing we knew, we had integrations all over the place.”

Visit our product page to learn about bringing Stack Overflow’s private Q&A to your organization.