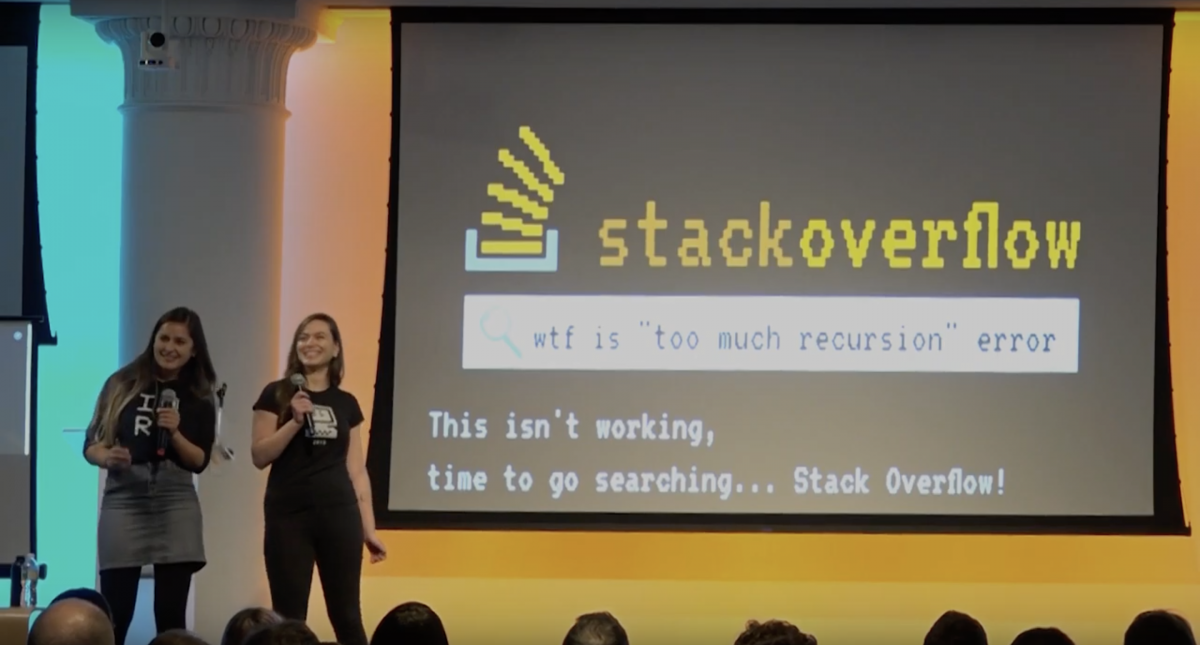 When Anjana Vakil and Natalia Margolis applied to speak at !!Con (read Bang Bang Con) this year, they wanted to take the call for  ‘non-traditional’ talks to heart while still sharing useful insights. They decided to tackle the following question: why recursion poses a problem for the finite-memory call stack. That could be quite a dry topic, so the two developers thought: “Let’s sing about it!” And thus the ‘Tail Call Optimization: The Musical’ was born. 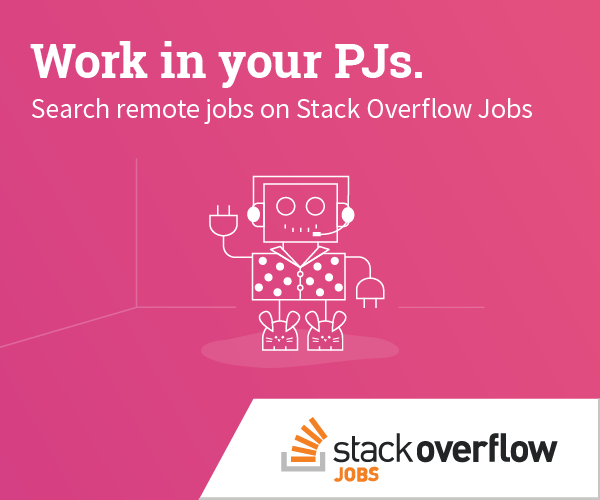 “It’s the whole culture that surrounds !!Con that made us do a talk like this.” Vakil tells us. The conference originated from a coding retreat in NYC called the Recurse Center (RC). “It’s like a writers’ retreat but for coding.” Vakil, an RC alumna herself, describes the goals of the project. ”There are no classes, just the breathing space to work on your self-directed projects surrounded by peers.” The tuition-free program aims to attract a diverse group of people, offering need-based living expense grants for people from traditionally underrepresented groups in programming.
As their musical illustrates in catchy lyrics like – “I was recursing, now I’m just cursing.” – programming has an inherent element of frustration. Learners need the right support and a space where you feel comfortable to grow. “The center is very much about pushing yourself as a developer, but doing so in a safe environment,” explains Vakil.  “They have an explicit set of rules on how to be respectful.”

Like the festival’s motto, the musical captures that ‘joy, excitement, and surprise’ when you solve a problem and – spoiler alert! – their functions get a happy ending. Margolis, who works with Vakil at Mapbox, likens the experience to her early days on Stack Overflow’s Q&A. “Stepping in front of a group of people to perform a musical as a non-professional singer can feel scary, just like asking your first question on Stack Overflow. But having a supportive environment like !!Con makes it easy to push yourself out of your comfort zone and do the thing.”
Today Margolis and Vakil get to answer as well as ask questions on Stack Overflow, where the Mapbox tech-tag brings together an established community of developers using the Mapbox location data platform.
You can follow Anjana Vakil and Natalia Margolis on Twitter and catch “Tail-recursive Functions – The Movie” – coming to theaters near you, Summer 2029
Tags: !!con, bulletin, mapbox, musical, stackoverflow

Ben and Cassidy chat with Ian Tien, CEO and cofounder, and Corey Hulen, CTO and cofounder of Mattermost, an open-source platform for developer collaboration.

Friend of the show Jon Chan, Stack Overflow’s Director of Engineering, Public Platform, joins the home team to talk about burnout: what it is, how to prevent it, and how to recover.