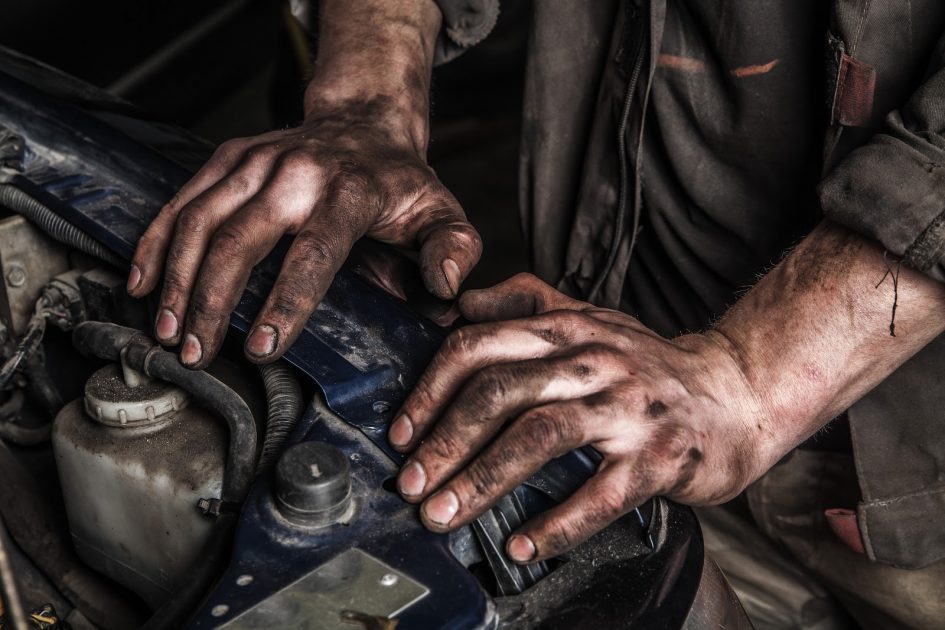 One thing we continuously speak about in the programming community is impostor syndrome and how to cope with it, but no one talks about tangible steps on how to solve it within yourself. What if instead of learning how to endure, we learned how to cure it? While It’s something that happens to everyone at some point in their career, we do not speak about how to overcome this demon and defeat it.

As both a developer coming from another field and as a person who has heralded others into this industry, impostor syndrome and I know each other well. It is a neighbor that frequents the halls of my troops’ self esteem, while regularly trying to move back into the barracks of my mind as well. If you know it, you know it is a mastermind of real estate renting space in the heads of many.

Once a week I get a message from a troop on the cusp of giving up. They aren’t getting it as fast as the others around them, they feel overwhelmed or the reality hits them that this is hard. They feel like they aren’t cut out for it, that they don’t have “it.” It messes with their egos and makes them think that they are better off quitting and not wasting mine or the teams time.

The advice I give my troops on how to overcome it is to “embrace the suck.” Then we discuss the best course of action for them to win the day. Embracing the suck is military slang that means enduring tough situations to get to the progress on the other end. It means toughing it out, doing the hard stuff first because you know the result is going to be rewarding, and it is ingrained in our community.

Let’s talk about the tactics that I use to help my troops, and that has helped me.

Find someone that keeps it real with you

One of my troops came to me one day to speak. He was smart as a whip, but he wasn’t getting his breakthrough, so he wanted to know why he wasn’t getting his desired result. Now, having been in situations before where you tell people the truth, it can backfire and turn into a big issue, I was initially tepid. But I decided that the only way to help him reach his goal was to tell him was to “hero up” and be honest. I let him know that while he is smart, he doesn’t really finish projects and doesn’t go deep enough in his builds, and it’s reflected in his work. Employers read this as you might not be as dedicated to the craft as they need you to be. We then created a plan of action to get him where he needs to be. Three months later, he landed a job that made him happy. None of this would have happened if I lied to him and made him feel like he was doing everything right.

One of the first steps to get over your impostor syndrome, is to find someone that is going to call you on your sh*t and let you know what you need to do to level up. By doing so you find someone much more valuable than any accountability partner, cause their only purpose is looking for the holes in your game. Before you clutch your pearls at this remember that this person’s sole purpose is to help you win. If you want to be better and stop feeling like you’re not up to snuff, you need at least one person who keeps it 100 with you and helps you identify weaknesses. That person will keep you grounded because they care about you, but they are objective, so their personal feelings will never interfere with telling you the truth and helping you become the best version of you.

Ironically, my wife is mine. She is the first person to call me out if I am not the best version of me, and she doesn’t sugarcoat it. She knows what to say to kick me into overdrive when I am subpar in my work. Find you someone who knows you and have them keep you honest.

Identify and train the weakness

Identifying weaknesses and training them for improvement is paramount. In the end, you’re only as strong as your weakest skill, so sharpening the areas you don’t feel the best in will help the areas that you are better in shine more. My coworker Tom is a great front end developer and a webpack ninja, but when he taught the team a PHP trick that made his front end skills look even more impressive. He was able to show things to our back end devs that they never saw. It made everyone step up their game.

Building a product that looks good has never been an issue for me; what always has been was coding challenges and whiteboarding. Full disclosure: I think that having people do things that have nothing to do with their job is the dumbest thing ever and an old gatekeeper tactic that keeps qualified talent out of the industry. Unfortunately, we have to deal with the world as it is until we get in a position to help mold it as it should be, and I am not the type to allow something like that to interfere with my goals, so I did the steps to get better.

I ordered a whiteboard off or Amazon and found 150 perfect beginner exercises on W3C resources that helped me focus on the syntax and think better without being too intimidating. I would spend only thirty minutes on a problem and no more. Time-boxing made it feel more real. The first one took me a week. I solved it in two days then built a UI for it because I wanted to train myself to go above and beyond in my craft. This practice led me to be able to do tougher challenges on HackerRank and Exercism. While it is still nowhere near my strong suit, I am not afraid to pick up the marker and get to work.

By identifying the weakness and training it, I also found a way to stand out by incorporating my strength (design and product building) into a part of the process. That way, it stayed exciting and engaging for me. It’s a reflection of my favorite saying, “Easy training, hard fight. Hard training, easy fight”.

I advise you to do the same. Identify your weaknesses based on the most harsh of critics; your interviews. Once you do that, make a plan and work diligently on shoring up your skills so that they can’t be used against you, but also help your other skills stand out.

You know the old saying that if you don’t want people to know something, put it in a book? Well, for programming, you put it in the docs if you want to hide it. You would be amazed how many people will do numerous courses and read articles before going to the docs and looking (It’s me, I’m people 😂).

When I first started, like many of you I always looked for the shiny new course, but now the MDN is my go to documentation resource. It holds more secrets than any of the books I have read, and it always has something new to show that instantly humbles me and makes me eager to learn more.

Having said that, I know that even with the vast improvements that docs have made over the years, they are still not as fun or engaging as some instructors’ videos, but promise that it’s worth it. Reading them and taking notes will make you a better developer by giving you a better understanding of the tools you use as well as help expedite your expertise in the industry. You’re truly doing yourself a disservice by not reading open source documentation.

Impostor syndrome is all about feeling like you don’t belong there, so, for me, this was a big one. When did I considered myself a programmer? If everyone has computer science degrees and spoke about Big O, LIFO, and FIFO, what would make me feel like I was a programmer? So I had to decide for myself what the metrics were that made me feel like I was a programmer. Was it if I was contributing to open source regularly or doing projects after work? Was it if I was a person with a million followers on Twitter or if the folks at the famous programmer’s table knew my name?

It turned out to be simple: It was when I got paid while wearing the title. It’s an ode to when I was training to be on the Air Force Boxing team and the boxer Roy Jones Jr. used to scream at me “Skills pay bills.” Once I stopped comparing myself to everyone and defined what made me feel like a real programmer, I took that metric and moved forward. I honestly can’t answer this question for you, but you can. That’s the most fantastic thing about tech; you don’t have to follow anyone else’s rules, you can lead, support, or be a maverick and develop your path. It’s beautiful.

Hopefully these tips and tactics they I have used for myself and others will help you defeat impostor syndrome or help you help someone else who might be struggling. I really hope this is impactful and actionable for you because in the end as educators. we really are nothing more than the sum of the people we help.